© Licensed to London News Pictures. 17/04/2018. London, UK. Police search teams at the crime scene cordon at Chestnut Avenue in Forest Gate, east London where a teenager was fatally stabbed last night. Police were called to the stabbing in Chestnut Avenue at around 22:50 on Monday 16th April and attended along with London Ambulance Services and paramedics from London’s Air Ambulance. The victim, believed to be an 18 year old man was pronounced dead at the scene. This is the 60th killing of the year so far in London.. Photo credit: Vickie Flores/LNP 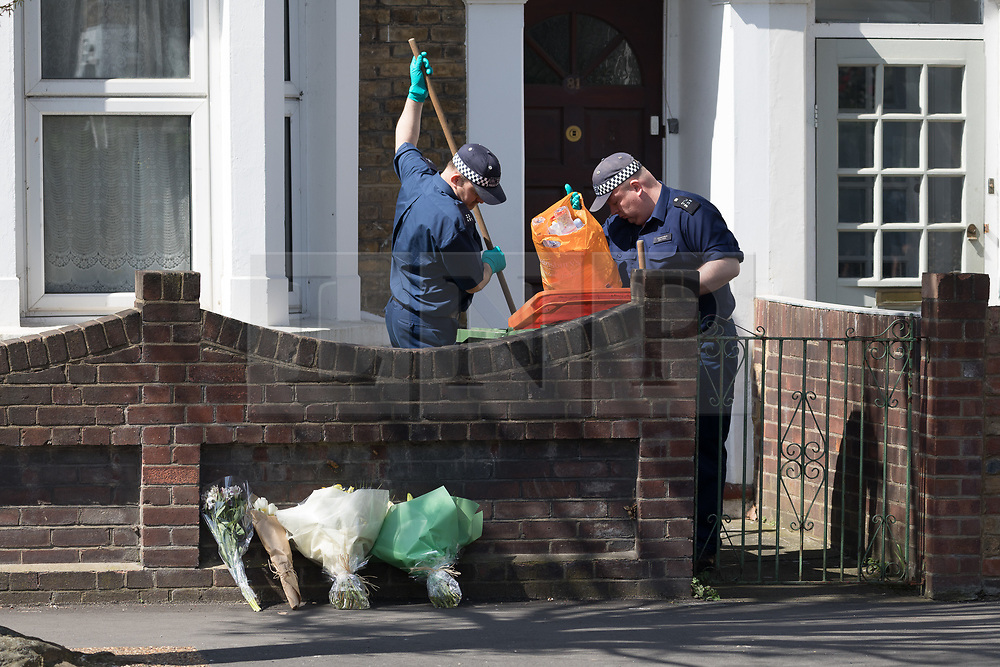