© Licensed to London News Pictures. 17/01/2013. London, UK. As investigators inspect a helicopter part on a roof, wreckage is seen in a road near Vauxhall after a helicopter hit a crane attached to the St George's Wharf development in Vauxhall, London, yesterday (17/01/13). 2 (two) people, including the pilot, died as a result of the incident and a further 11 (eleven) injured after the Augusta 109 helicopter collided with the crane in heavy mist showering wreckage onto cars below. Photo credit: Matt Cetti-Roberts/LNP 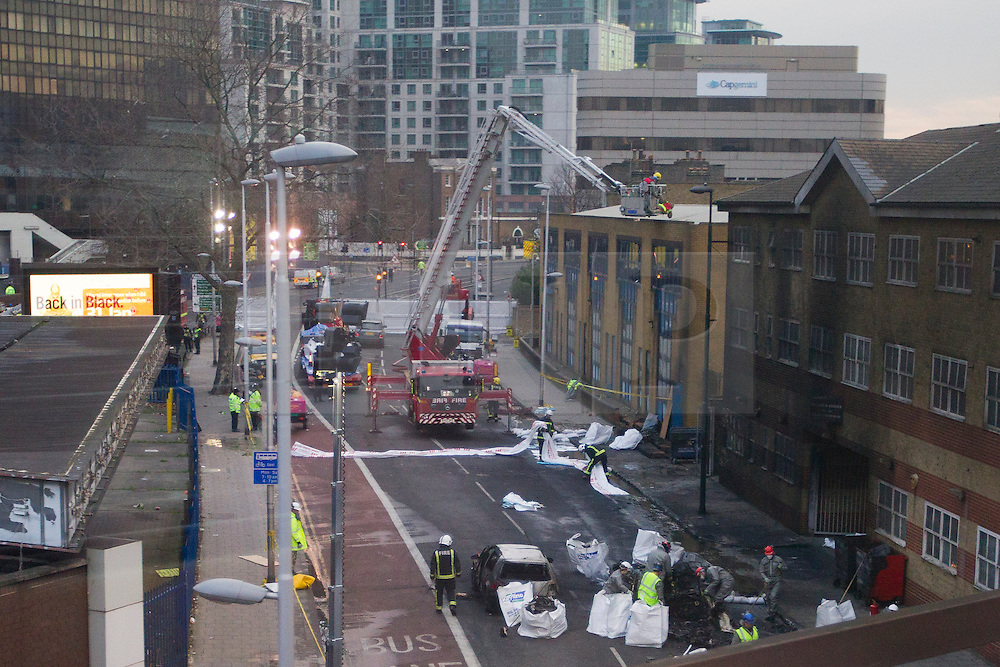