© Licensed to London News Pictures. 07/03/2018. Twickenham, UK. A crime scene remains in place and police continue to guard a property on South Road in Twickenham, south London where the body of a woman in her 40s was found with stab wounds on Monday evening. An hour earlier he bodies of two young boys, aged 7 and 10, and their father, were discovered at the foot of Birling Gap cliffs on the south coast, in what is suspected to be a murder suicide. Photo credit: Ben Cawthra/LNP 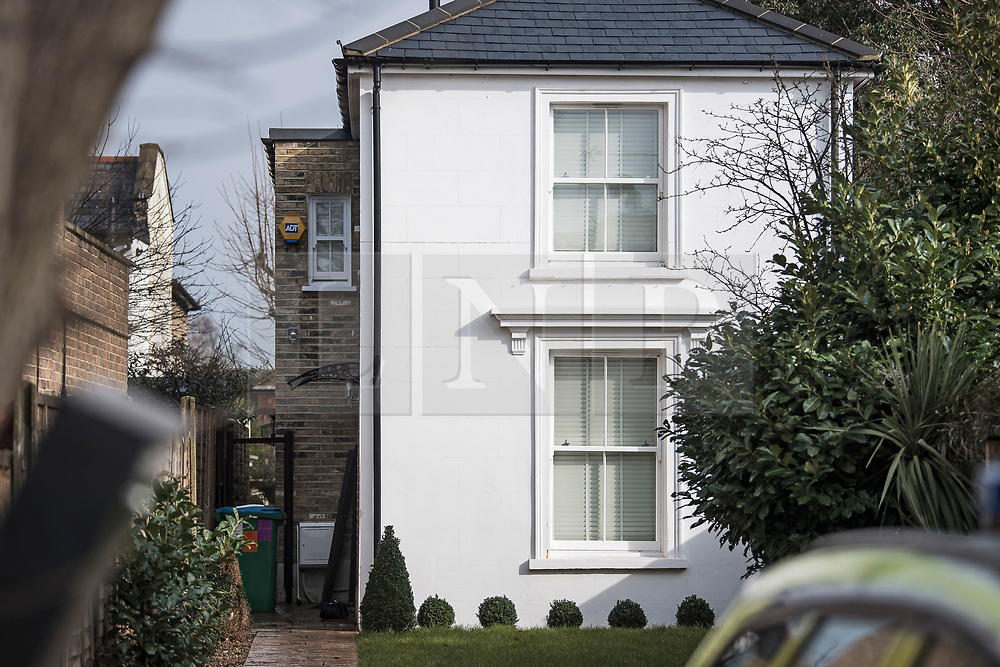