© Licensed to London News Pictures. 24/05/2017. London, UK. Police look through the possessions of a man they detained opposite Buckingham Palace just before the Changing of the Guard ceremony was due to take place. Today's ceremony has been cancelled. The terrorism threat level has been raised to critical and Operation Temperer has been deployed. 5,000 troops are taking over patrol duties under police command. Photo credit: Peter Macdiarmid/LNP 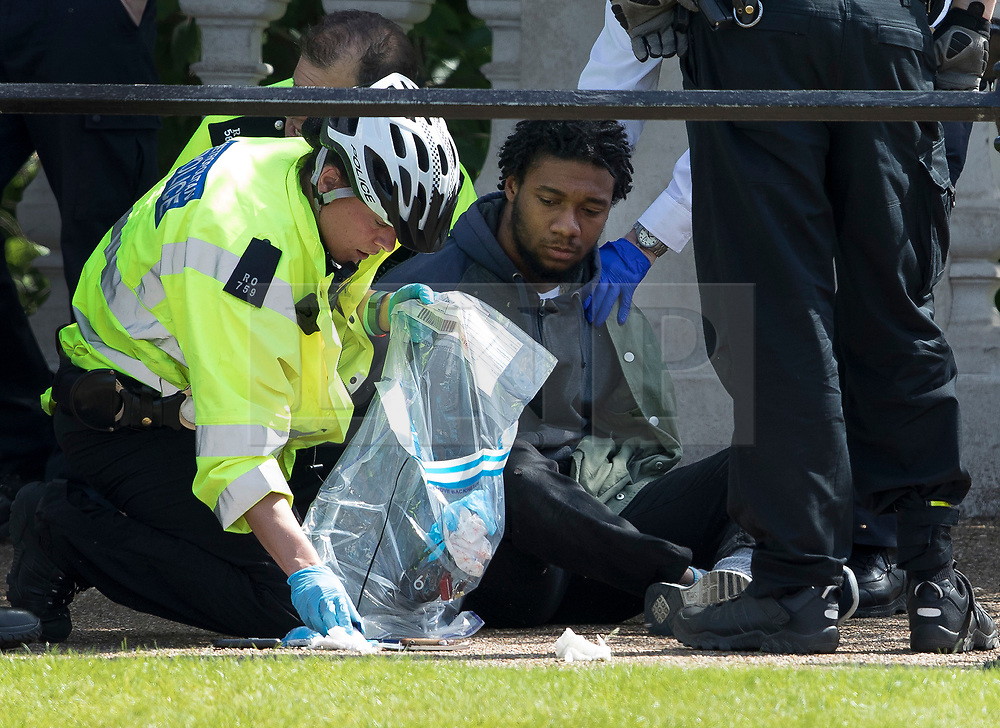