© Licensed to London News Pictures. 20/10/2017. Sheffield UK. A tree know locally as the Vernon tree on Vernon Road in Sheffield thats is due to be felled by Sheffield city council as part of the Streets ahead contract may have been thrown a life line after Tree's for Cities have said they will pay for engineering solutions to prevent the tree being felled. Last week Tv presenter Vernon Kay threw his weight behind the campaign to stop the tree being axed. The tree is just one of many earmarked in the long-running felling saga between Sheffield Council, contractor Amey and campaigners who are fighting to save it. The Vernon Oak was nominated for the Sheffield Tree of the Year 2017. The council says the felling and replacement of 6,000 of the city's 36,000 street trees is necessary, but campaigners say there are ways to save healthy trees within the Streets Ahead contract. Photo credit: Andrew McCaren/LNP 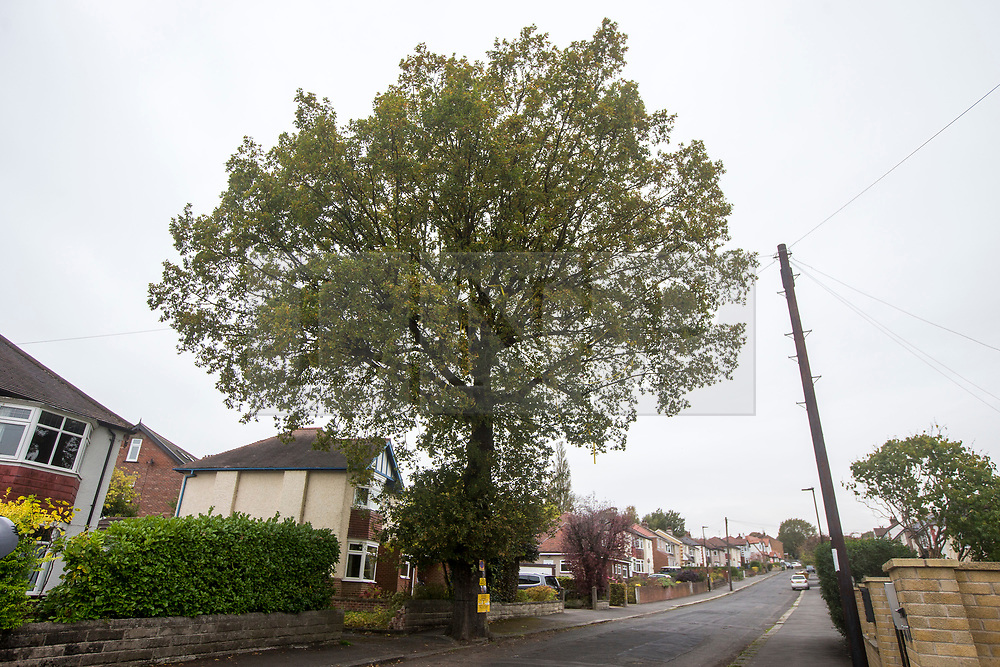