© Licensed to London News Pictures. 01/09/2015. Bashiqa, Iraq. A puff of smoke marks the spot where a coalition aircraft dropped a bomb on ISIS vehicles moving through the town of Bashiqa, Iraq. The ISIS heald city of Mosul can be seen illuminated in the background. 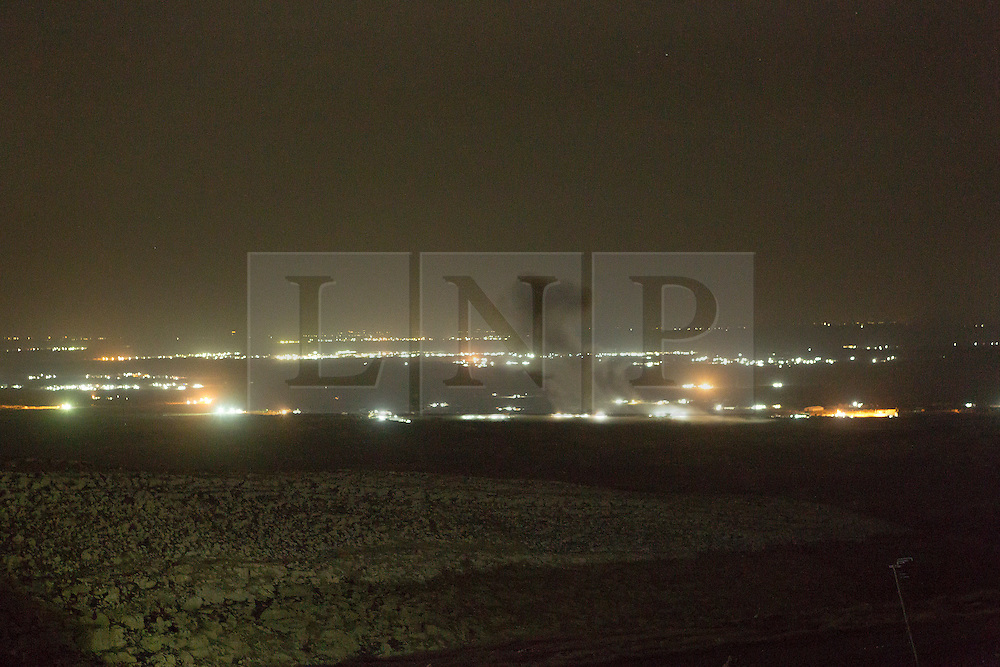