© London News Pictures 12/01/201. A man begging in Dublin. Ireland Minister for Justice Mr Dermot Ahern will present a Bill to the Irish Government within the next few weeks. The new Bill on aggressive begging under the criminal justice bill [public order 2010] will update the current Irish laws on begging that date back as far as the Potato Famine. Under the Bill persons begging accompanied by threats or menace could be jailed or fined up to EUR400, Gardai will also have new powers to move beggars away from Cash Machines. Picture credit should read Simon Lamrock/LNP 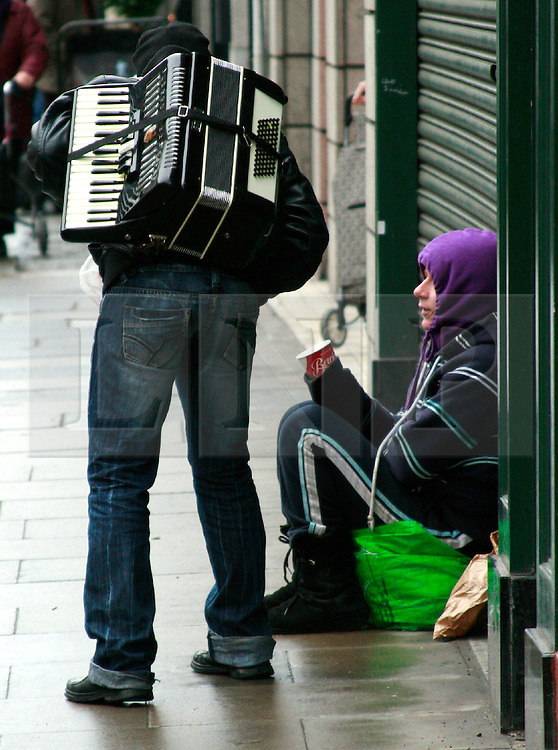