A conductor from one of the colliery bands gives direction underneath the balcony of the County Hotel in the town. The traditional vantage point from which dignitaries watch the parade. 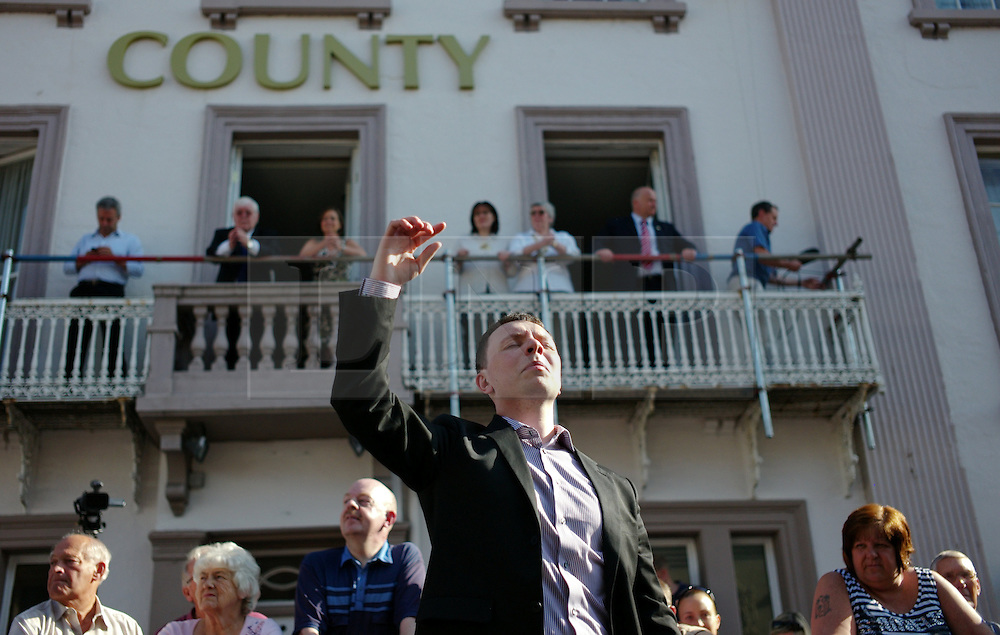