© Licensed to London News Pictures. 10/03/2013. London, UK. A wild raven is seen living in Wapping Woods, East London and opens a peanut. Wild ravens have not been seen in London since around 1850. The identity of the bird, believed to be a female, was confirmed on 10 March 2013 by Chris Skaife, the Ravenmaster at the nearby Tower of London and Nathan Emery, a lecturer and biology researcher into 'feathered apes' at Queen Mary College, University of London. The bird, has been nicknamed Veronica by local residents and some now believe they first saw the raven in the area in 2012 although the significance of a wild raven in London living outside the Tower of London was not realised at the time. Photo credit : Vickie Flores/LNP 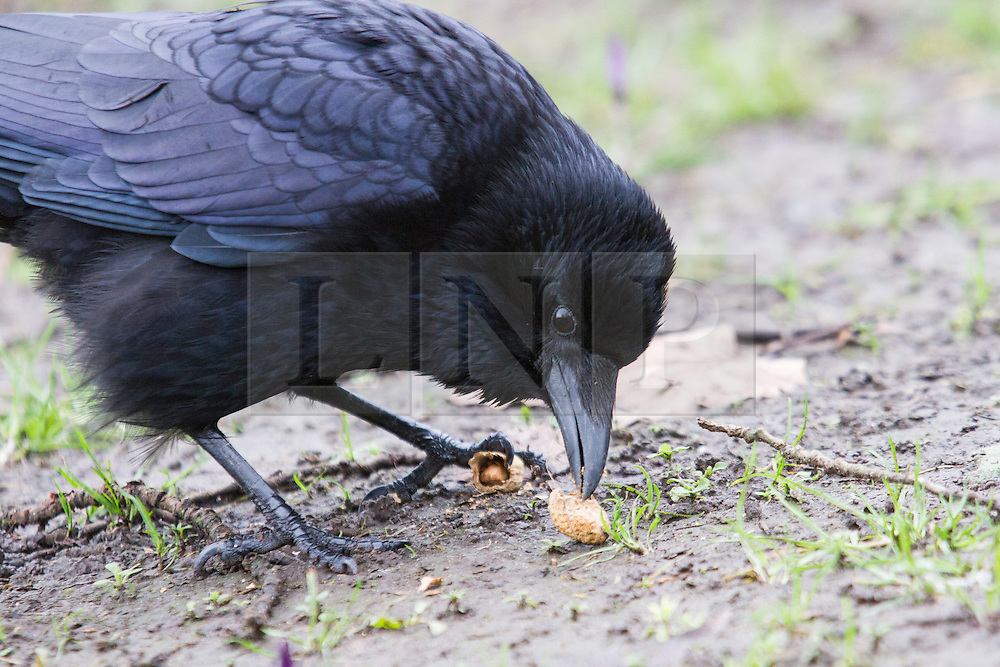