© Licensed to London News Pictures. 31/10/2016. LONDON, UK. Flowers and tributes to cyclist, Lucia Ciccioli are placed on Lavendar Hill where she was killed. The campaign group, 'Stop Killing Cyclists' held a die in protest at the spot where she died following a collision with a Heavy Goods Vehicle (HGV) lorry one week ago. Cycling groups and their supporters are calling for the Mayor of London, Sadiq Khan to ban HGV's from the capital. Photo credit: Vickie Flores/LNP 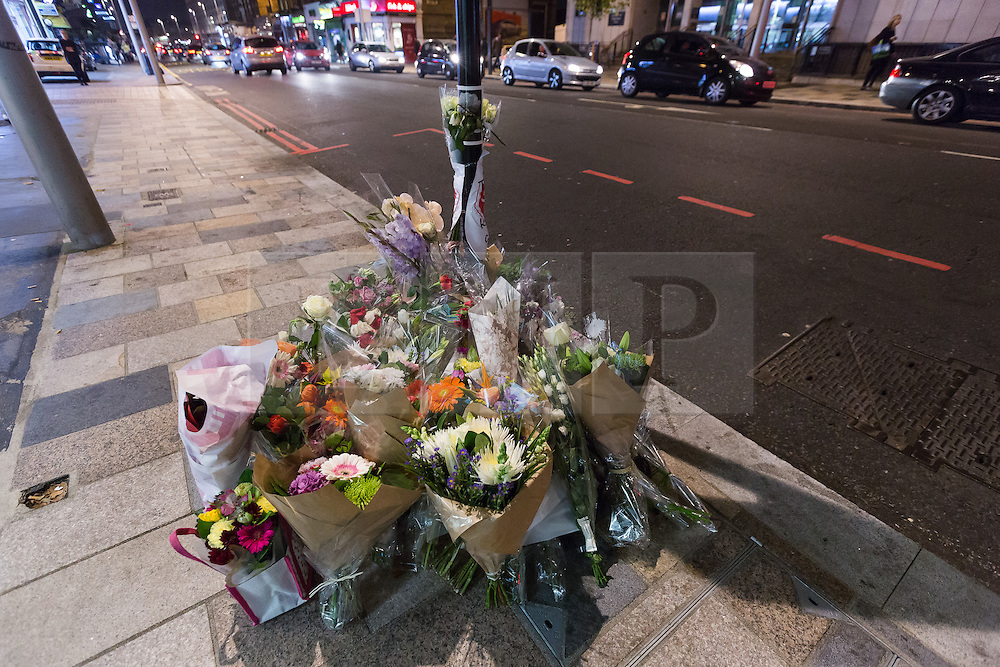