© Licensed to London News Pictures. 07/03/2014. Hampshire, UK. The steam locomotive '35028 - Clan Line', pulls out of Alresford Station today, 7th March 2014, which is the first day of the 'spring steam gala' on the Watercress Line. The railway line, operated by Mid Hants Railway Ltd, passes between Alresford and Alton in Hampshire. The line is named after its use in the past for transporting freshly cut watercress from the beds surrounding Alresford to London. Photo credit : Rob Arnold/LNP 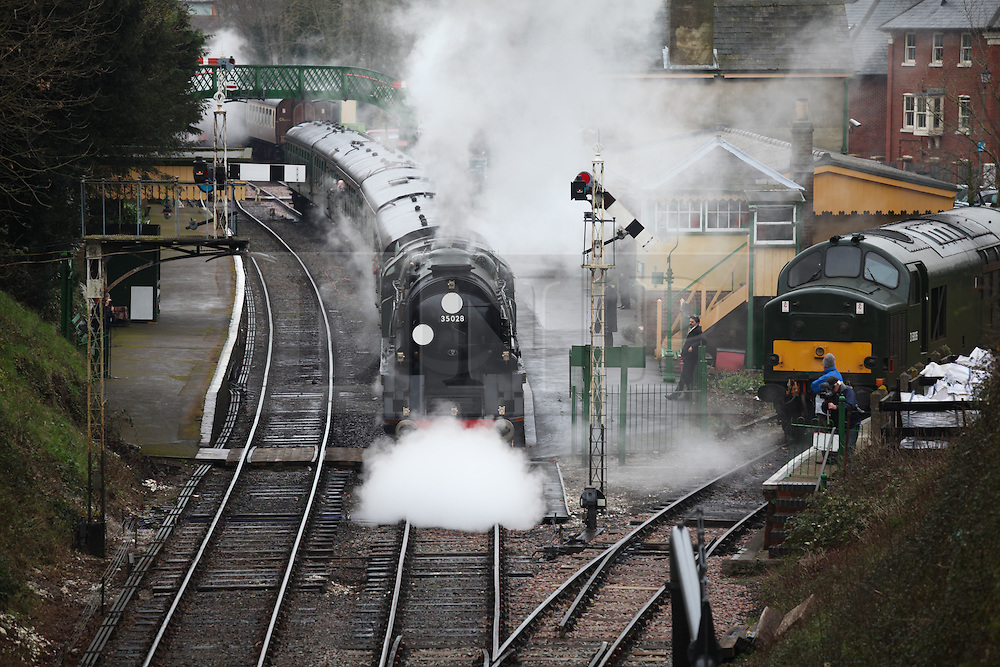