© Licensed to London News Pictures. 28/01/2018. London, UK. A group of people look at flowers placed at the scene where three teenage pedestrians were killed near a bus stop in Hayes, West London when a black Audi collided with them. Named locally as Harry Rice, Josh Kennedy and George Wilkinson, the three teenagers were hit on Friday night close to the M4 Junction 4. A 28-year-old man has been arrested and a police are currently looking for a second man believed to have been in the Audi.. Photo credit: Ben Cawthra/LNP 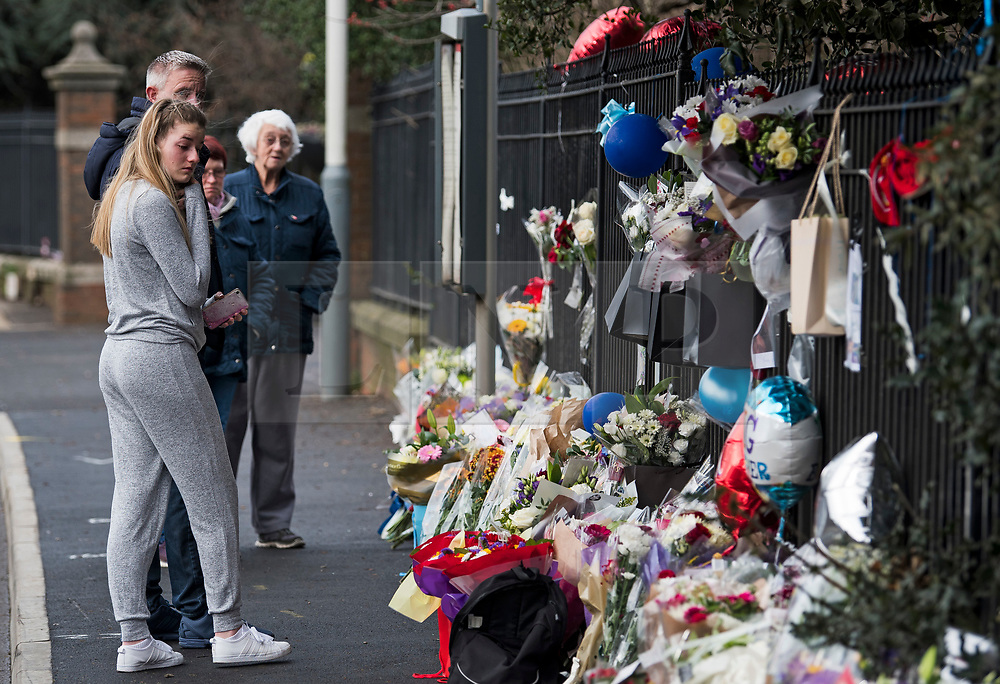