© Licensed to London News Pictures. 08/10/2014. British Army Training Unit Suffield (BATUS), Canada. A Challenger 2 main battle tank releases diesel onto it's exhaust to create a smoke shield that will be used to assist the infantry as they invade one of the enemy villages in a training exercise which prepares the troops for war. 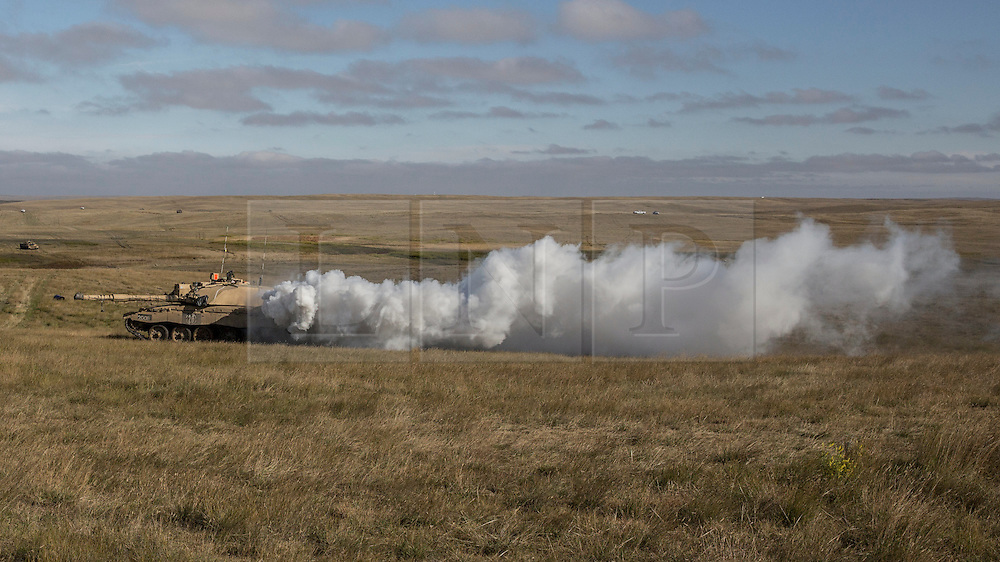