Licensed to London News Pictures. 13/02/2017. Mosul, Iraq. Iraqi National Security Service officers watch as a colleague is boosted over a wall and into the garden of a suspected ISIS member in eastern Mosul. 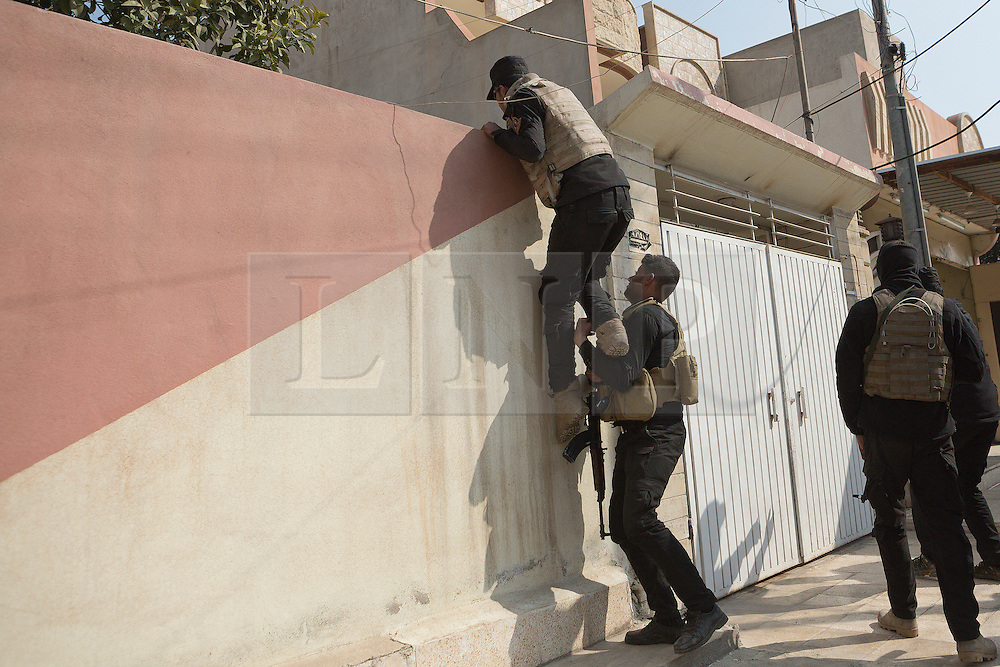