© Licensed to London News Pictures. 05/06/2017. Newcastle Upon Tyne, UK. Newcastle's Millenium Bridge and Baltic Centre For Contemporary Art form the backdrop to a crowd of hundreds who cheered the arrival of Jeremy Corbyn MP, Leader of the Labour Party before he spoke to them outside the Sage in Gateshead. Mr Corbyn spent one of the final days of the campaign trail in the Labour heartlands of North-East England before voters go to the polls in the UK General Election on June 8th 2017. Photo credit: MARY TURNER/LNP 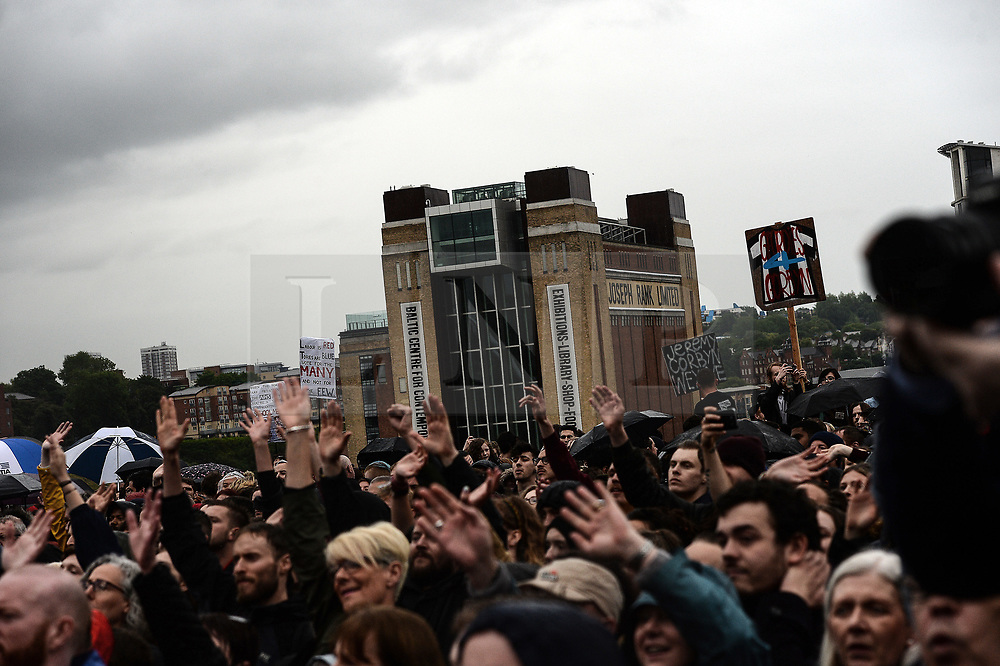