© Licensed to London News Pictures . 29/07/2017 . Rochdale , UK . A woman video records a police inspector during a confrontation as police detain Asian youths to Prevent a Breach of the Peace , and hand out dispersal notices , after an anti-fascist counter demonstration in the town . Far-right street protest movement , the English Defence League ( EDL ) , hold a demonstration in Rochdale , opposed by anti-fascists , including Unite Against Fascism ( UAF ) . The EDL say they are demonstrating against the sexual grooming and abuse of English girls by Muslim men in Rochdale and against terrorism across the UK . Photo credit : Joel Goodman/LNP 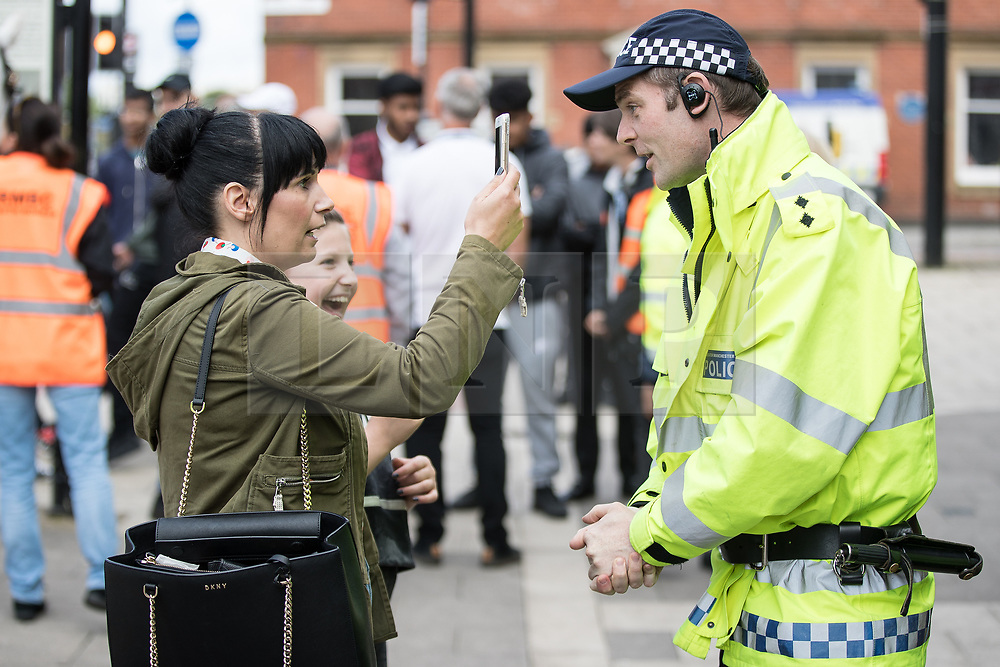