© Licensed to London News Pictures. 10/11/2013. London, UK. A slim and healthy looking Boy George gives a 'V' for Victory as he performs live at KOKO on his comeback tour. Over the years Boy George has battled with drug and alcohol addiction and is reported to have at one point weighed 19 stone, he turned age 50 two years ago, and is touring to promote his album 'This is What I Do'. Boy George (born George Alan O'Dowd) s an English singer-songwriter, who was part of the English New Romanticism movement which emerged in the early-mid-1980s. During the 1980s, Boy George was the lead singer of the Grammy and Brit Award winning pop band Culture Club. Photo credit : Richard Isaac/LNP 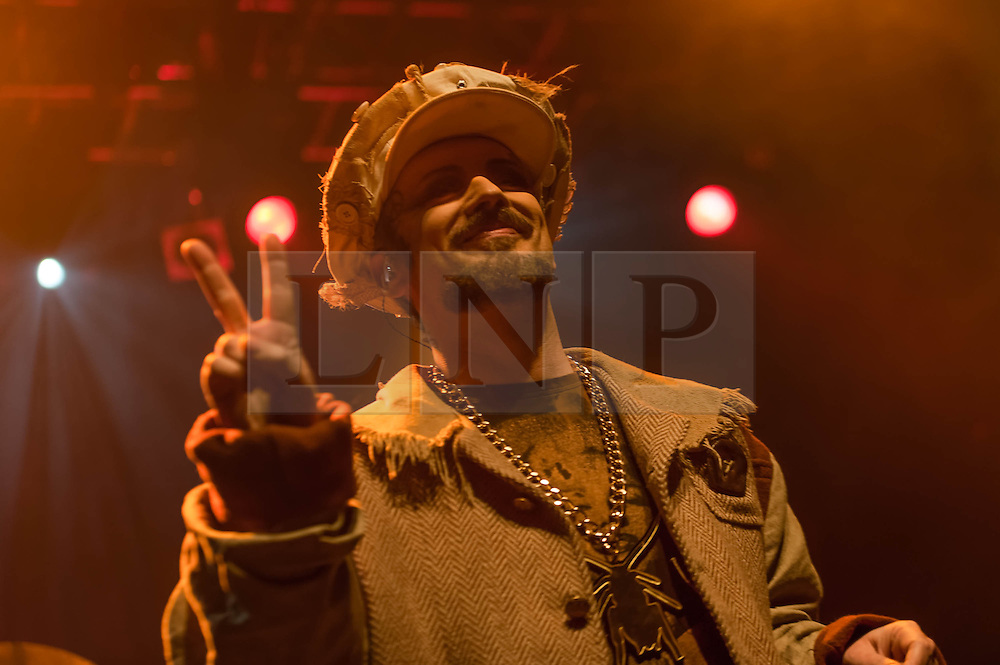