© Licensed to London News Pictures. 18/03/2012, London, UK. Archbishop of Canterbury Rowan Williams reacts to a question about his eyebrow as he speaks to the youth congregation of Springfield 'Fresh Expression' Church to celebrate the church 20th anniversary at Wallington High School for Girls, south London, Sunday, March 18, 2012. Rowan Williams this week announced that he would be standing down as the Archbishop of Canterbury at the end of the year. Photo credit : Sang Tan/LNP 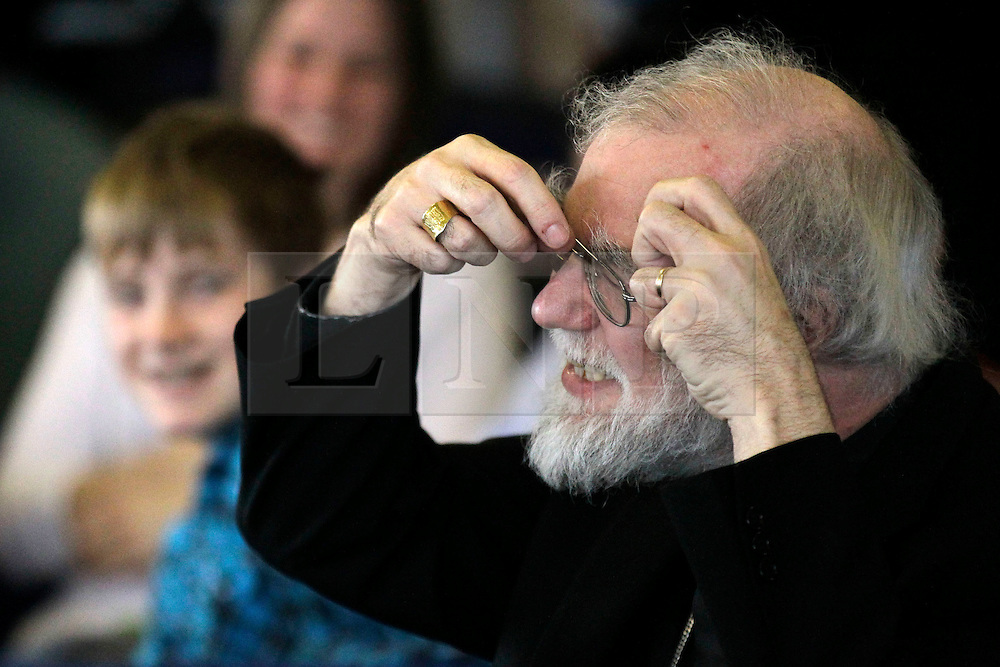