© Licensed to London News Pictures. 29/11/2014. London, UK. A sign at a fast food outlet at the O2 Arena states that no meat products will be sold, during the night that rock-star Morrissey performs, at Morrissey's request. Morrissey is an advocate for animal rights and a supporter of People for the Ethical Treatment of Animals (PETA), and a vegetarian. Morrissey rose to prominence in the 1980s as the lyricist and vocalist of the band The Smiths, Photo credit : Richard Isaac/LNP 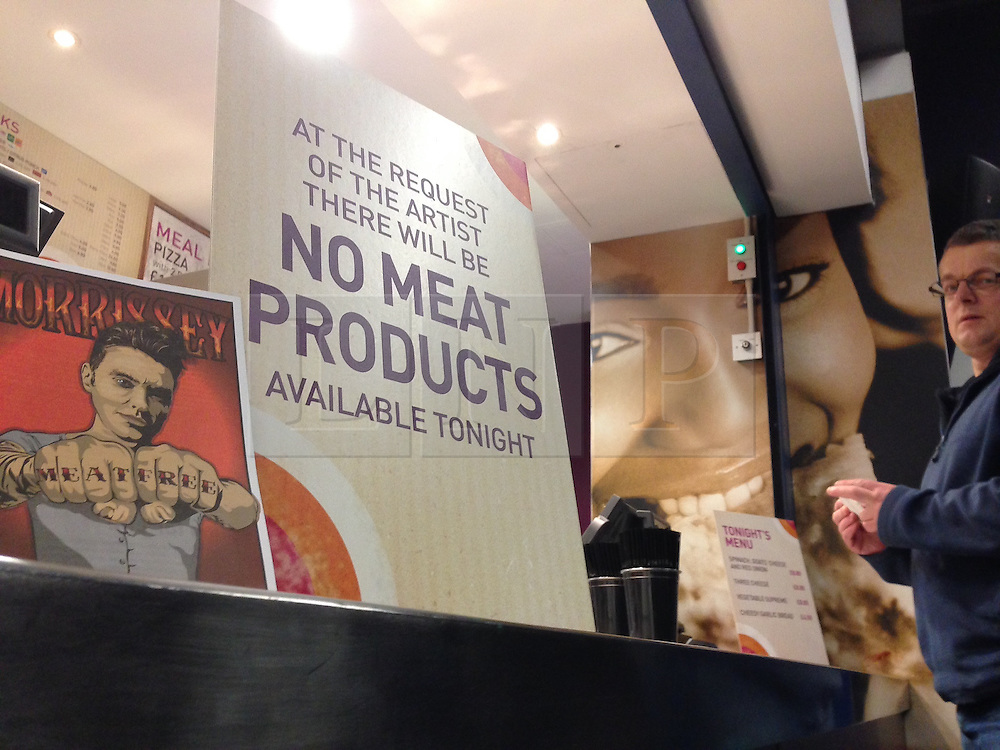