© Licensed to London News Pictures. 31/10/2016. LONDON, UK. Campaign group, 'Stop Killing Cyclists' hold a die in protest in the road at Lavender Hill in south London at the spot where cyclist, Lucia Ciccioli was killed following a collision with a Heavy Goods Vehicle (HGV) lorry one week ago. Cycling groups and their supporters are campaigning and calling for the Mayor of London, Sadiq Khan to ban HGV's from the capital. Photo credit: Vickie Flores/LNP 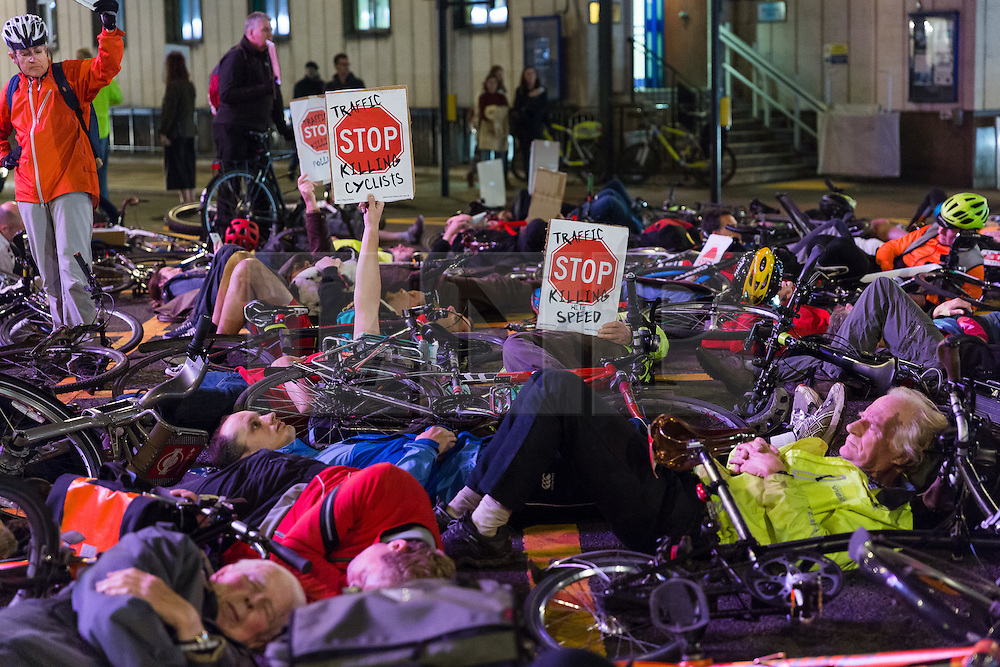