© Licensed to London News Pictures . 07/07/2018 . Leeds , UK . A woman holds a boys hands and watches as an anti-Islam demonstration by supporters of jailed EDL founder Tommy Robinson , including those from the " Yorkshire Patriots " and " First for Britain " , passes through Leeds City Centre , opposed by anti-fascists . Robinson ( real name Stephen Yaxley-Lennon ) was convicted of Contempt of Court in May 2018 after committing a second offence , whilst serving a suspended sentence for the same crime . Photo credit : Joel Goodman/LNP 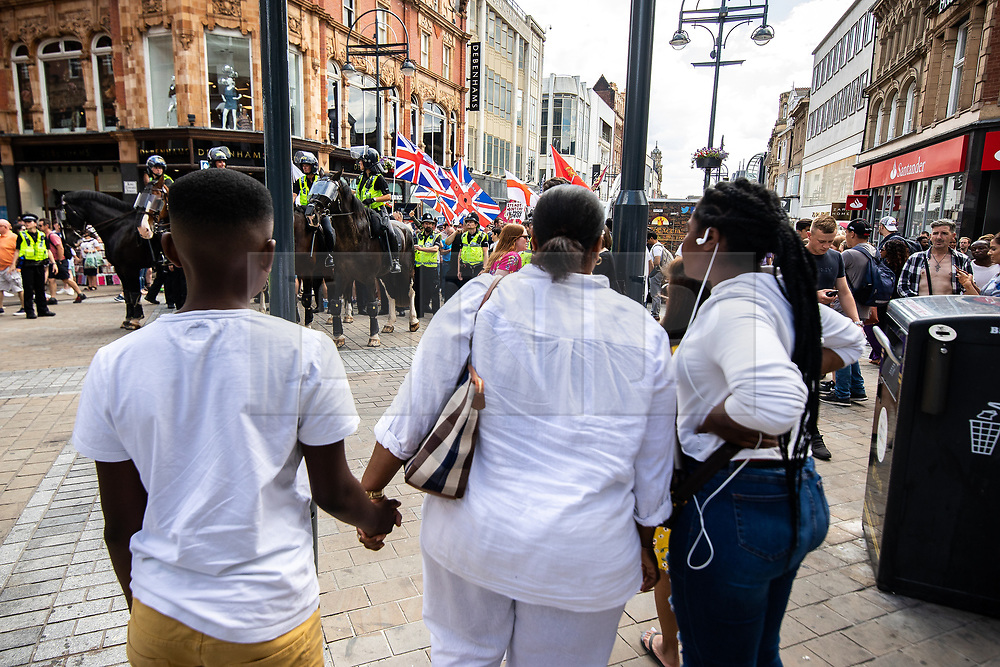