© Licensed to London News Pictures. 10/10/2012..Scarborough, North Yorkshire, England..Sir Jimmy Savile's grave in Scarborough is dismantled following allegations he sexually abused girls...The entertainer's triple headstone at Woodlands Cemetery was taken down during the night...A family spokesman said the decision had been made due to "the impact the stone remaining there could have on the dignity and sanctity of the cemetery"...Sir Jimmy had a long association with Scarborough and was buried there after his death, aged 84, in October 2011...The family spokesman said: "Out of respect to public opinion, to those who are buried there, and to those who tend their graves and visit there, we have decided to remove it."..Photo credit : Ian Forsyth/LNP 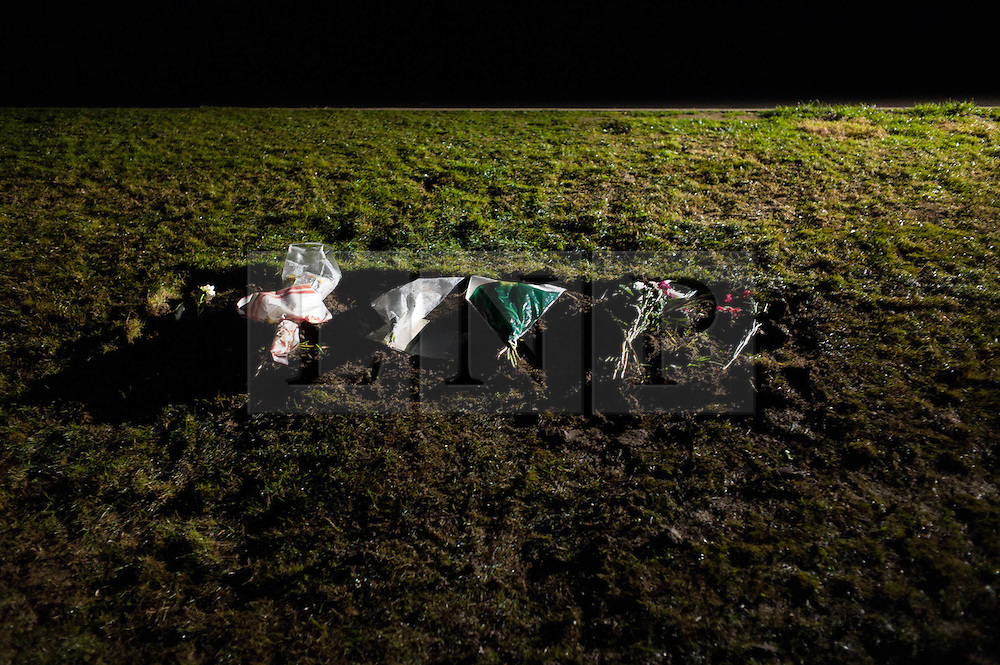