Protest against the Labour party’s failure to tackle anti-Semitism

© Licensed to London News Pictures. 26/03/2018. LONDON, UK. Members of the Jewish community gather in Parliament Square to protest against Jeremy Corbyn and the Labour party’s failure to tackle anti-Semitism within the party. A letter drawn up by the Board of Deputies of British Jews and the Jewish Leadership Council with this sentiment is to be delivered to a meeting of Labour MPs and peers ahead of their weekly meeting. A counter-demonstration by pro-Corbyn Jewish Labour members is due to be staged nearby at the same time. Photo credit: Stephen Chung/LNP 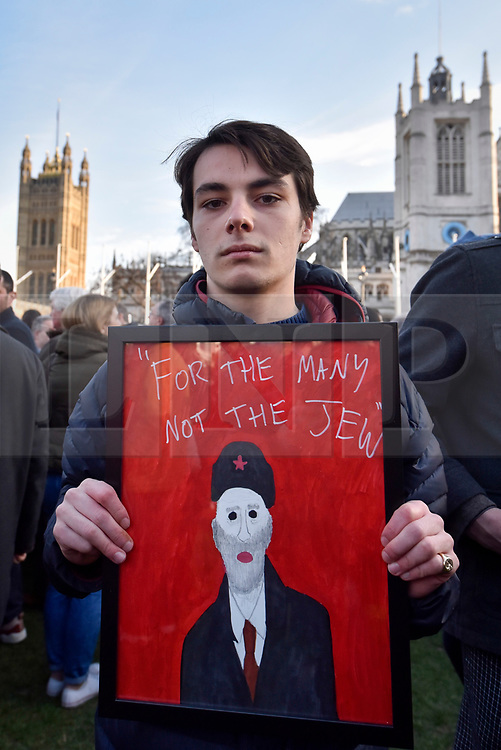