© Licensed to London News Pictures. 02/04/2012. Sara Jones, the widow of Lieutenant Colonel 'H" Jones who was killed in the Battle of Goose Green visits the Armed Forces Memorial in Alrewas, Staffordshire on the 30th anniversary of the Falklands Conflict. Col Jones is a posthumous recipient of the Victoria Cross...Along with the service those present were invited to view the ongoing work on a new memorial, initiated by the South Atlantic Medal Association (SAMA 82), to remember the 255 UK servicemen who were killed during the Falklands war. The memorial is set to be dedicated on the 20 May 2012 in the presence of over 600 veterans. Photo credit: Alison Baskerville/LNP 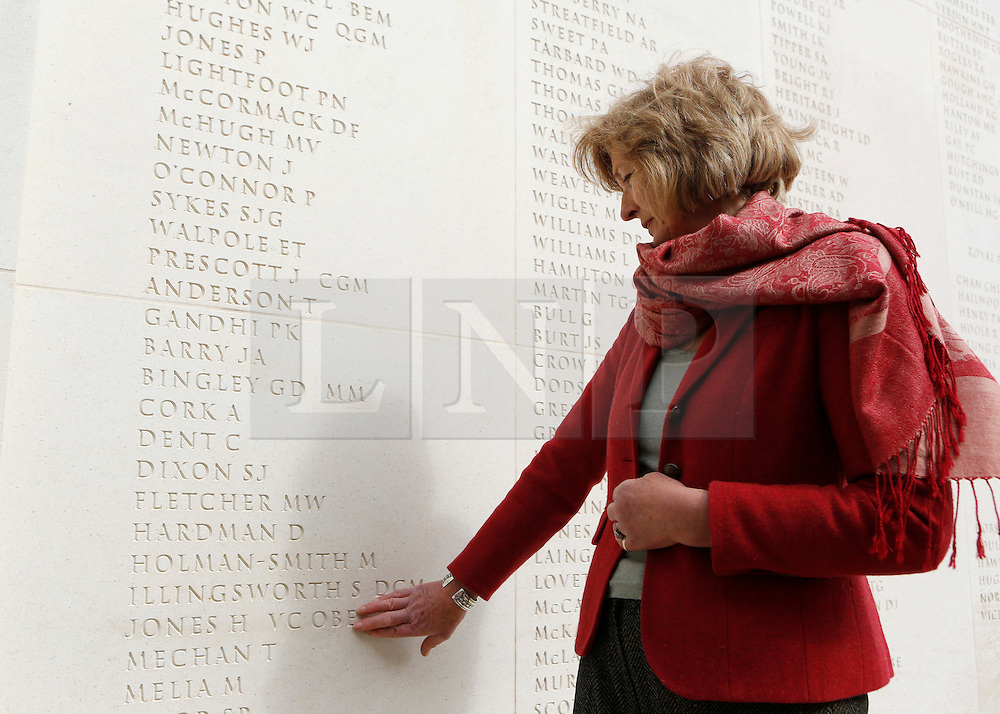