© Licensed to London News Pictures. 28/04/2015
Moo and Zayla the Emu's with Dave Hill from SCAR
Second Chance Animal Rescue (SCAR) in Crockenhill,Kent have just taken delivery of two Emu's. Moo who is male and 3 years old and the smaller Emu Zayla an 8 month old female. both have been rescued from a private property in Dartford,Kent after SCAR received a call for help from the owner.
Bromley Council have placed a 6 month eviction order on the animal rescue chairty to remove sheds and buildings that house rescued animals.
(Byline:Grant Falvey/LNP) 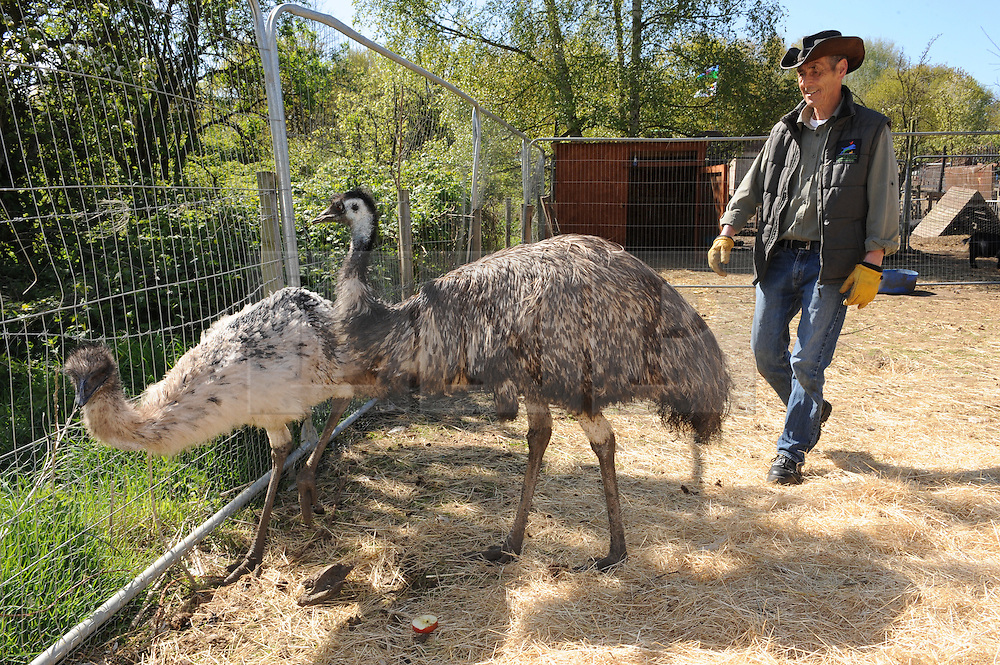