© under license to London News Pictures. 02/04/2011. Restoration work being carried out on The King Edward II steam locomotive in 2010 which was today (02/04/2011) revealed to the public in it's full glory at the Railway Centre in Didcot, Oxfordshire, England. A group of volunteer workers have spent the last 20 years working on restoring the heavy express steam locomotive to full working order. Photo credit should read: London News Pictures 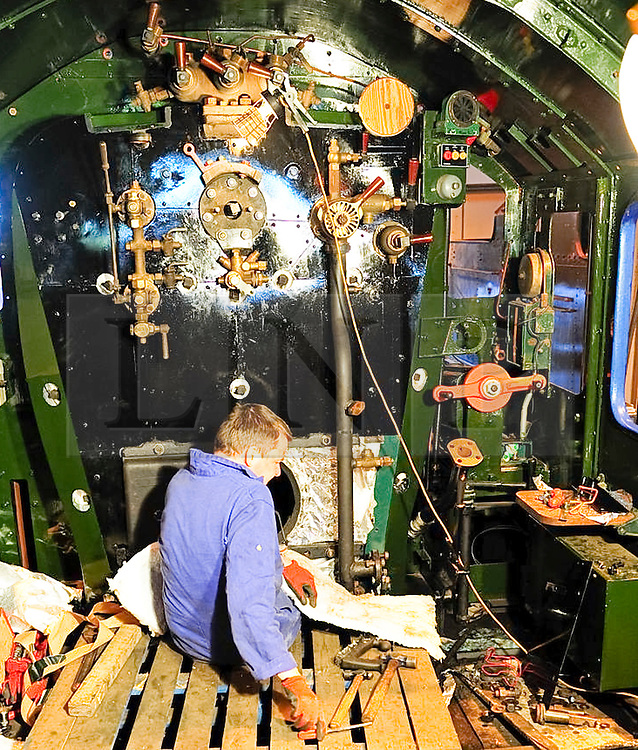