© Licensed to London News Pictures. 12/04/2017. London, UK. Hundreds of activists gather outside the Russian Embassy in central London in protest against the treatment of homosexuals in Chechnya. Protesters brought symbolic pink flowers to be laid in a triangle outside the gates. Independent newspaper Novaya Gazeta has reported the arrest of members of the gay community and their being taken to 'concentration camps'. Photo credit : Stephen Chung/LNP 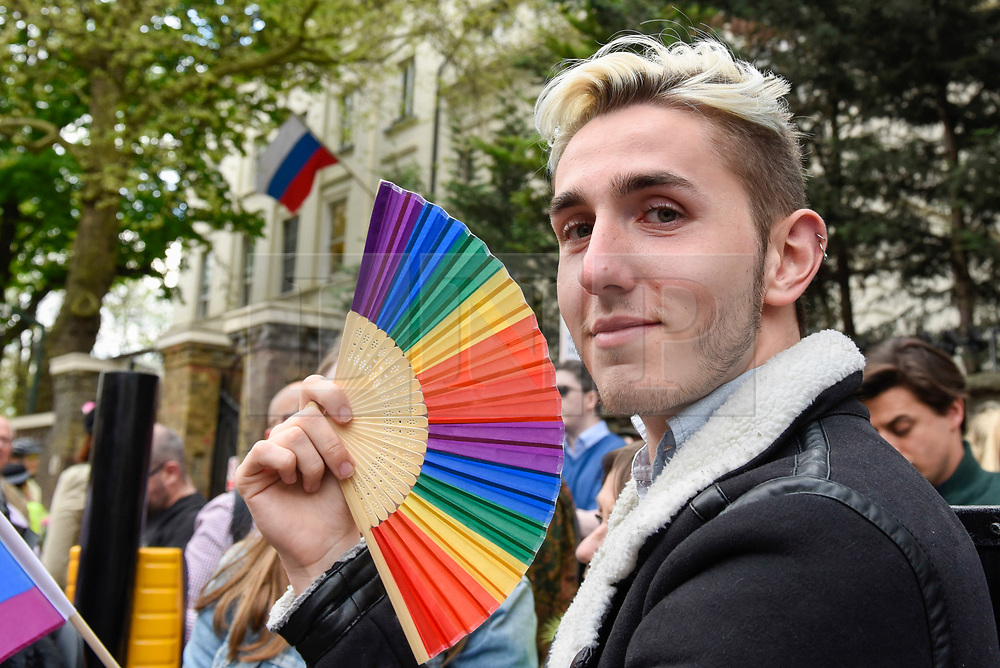