Sgt Bryan Marsay plays with English Mastiff, Roxi, as Protestors gather outside Teesside Magistrates' Court to voice their disgust at MICHAEL HEATHCOCK, 59 and RICHARD FINCH, 60, both from Redcar as they appeared at Teesside Magistrates' Court and were sentenced to four months in prison and banned from keeping animals for life after pleading guilty to offences under the Animal Welfare Act on March 1, 2017 in Middlesbrough, United Kingdom. HEATHCOCK was charged with driving a nail into the head of his Terrier dog, Scamp, before burying it alive in Kirkleatham Woods near Redcar. His friend RICHARD FINCH, 60 from Redcar also pleaded guilty to assisting in the act. A couple walking in the woods heard the dog whimpering under a mound of earth with injuries that were so severe the dog had to be put down by a vet. 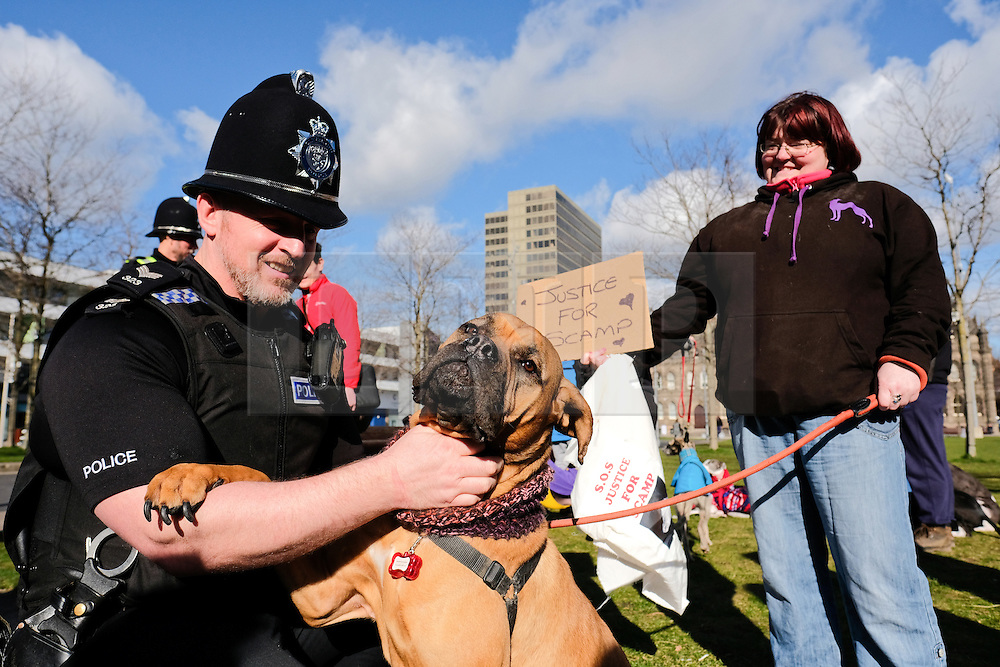