© Licensed to London News Pictures. 07/07/2016. LONDON, UK. Momentum supporters including one supporter wearing a blue Jeremy Corbyn tee shirt at a rally in support of keeping Jeremy Corbyn as the Labour party leader at the Troxy in east London on 6th July 2016. The event was organised by Momentum, a group of Labour Party supporters who are campaigning for Jeremy Corbyn to remain as leader of the Labour Party, following the recent resignation of many shadow cabinet MP’s and the growing likelihood of a Labour Party leadership challenge.. Photo credit: Vickie Flores/LNP 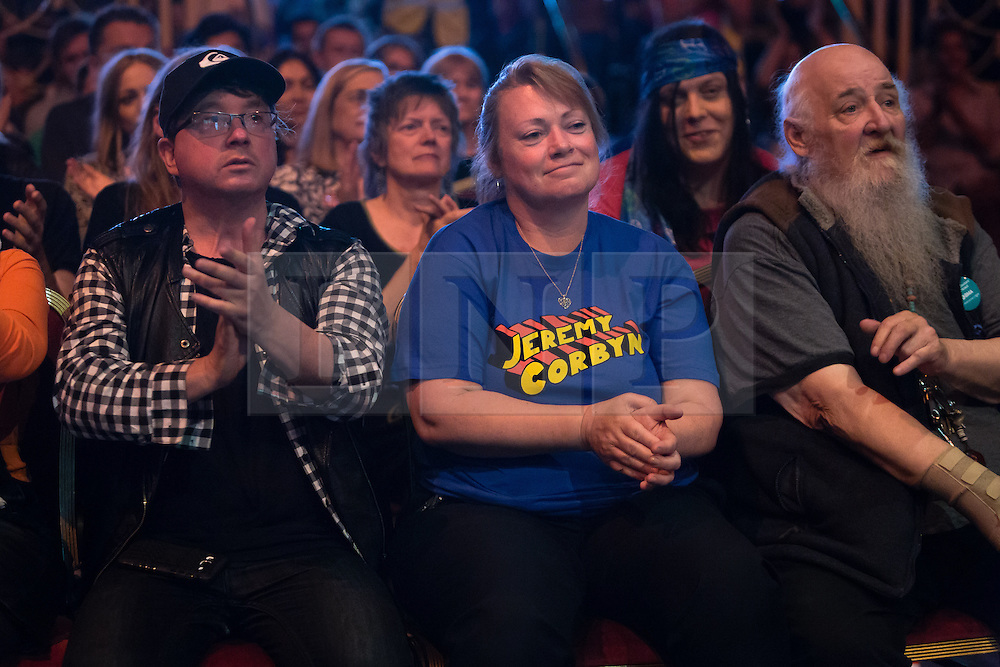