© Licensed to London News Pictures. 04/09/2012. LONDON, UK. John Halford, a solicitor representing relatives of the victims of the 'Batang Kali Massacre' stands outside the Royal Courts of Justice in London today (04/09/12) after a judicial review ruled that there is no legal obligation for the UK government to hold a public enquiry into the 1948 killings. The massacre took place during the Communist insurgency in post WW2 Malaya and saw 24 civilians of Batang Kali village killed by a patrol of the 2nd Battalion the Scots Guards. Photo credit: Matt Cetti-Roberts/LNP 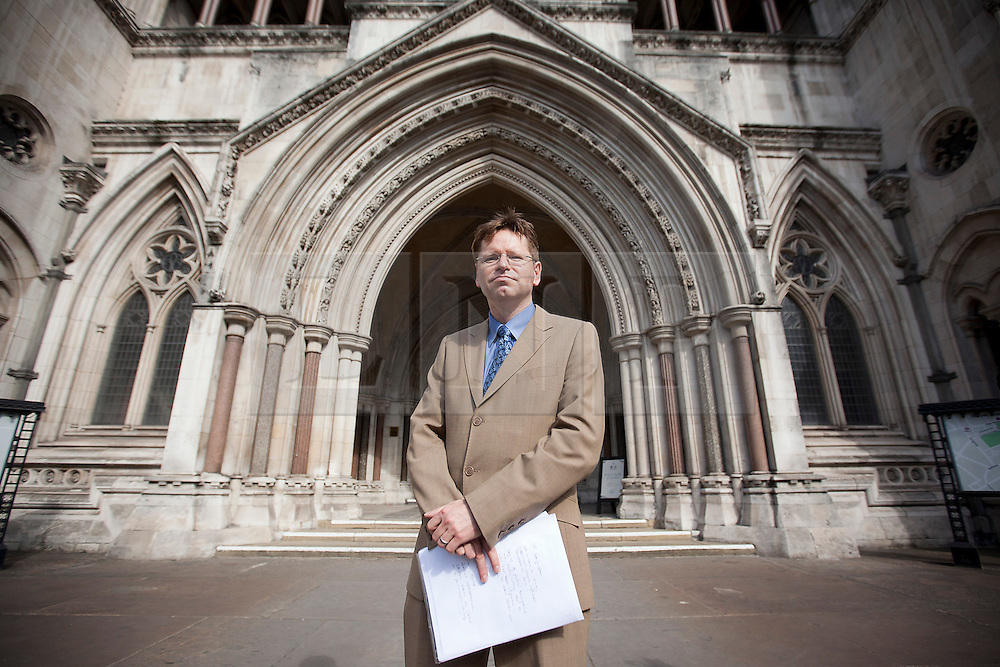