Whose Future outdoor arts in response to BLM

© Licensed to London News Pictures; 15/07/2020; Bristol, UK. #WhoseFuture campaign outdoor art. Two billboards saying "Actions over Apologies" and "Black Lives Matter" are seen in Bristol as part of a month long arts exhibition starting this week called "Whose Future" by Rising Arts Agency. The month-long outdoor art exhibition is using spaces normally given over to adverts across the city. The work by dozens of young Bristol artists aims to provide a platform for new voices while also asking questions about Bristol’s future, and as a response to the ongoing Black Lives Matter campaign, as well as inequalities suffered by young people and the impact on them from the wider Covid-19 lockdown. Bristol hit world headlines when the statue of slave trader Edward Colston was pulled down with ropes and thrown into Bristol docks on 07 June during an All Black Lives/Black Lives Matter protest. Today a new sculpture titled "A Surge of Power (Jen Reid) 2020" by artist Marc Quinn made of black resin and steel was put up on the plinth where the statue of Colston previously stood without any permission from Bristol City council. Jen Reid stood on the empty plinth at the previous protest on 07 June which was in protest for the memory of George Floyd, a black man who was killed on May 25, 2020 in Minneapolis in the US by a white police officer kneeling on his neck for nearly 9 minutes. The killing of George Floyd has seen widespread protests in the US, the UK and other countries. Photo credit: Simon Chapman/LNP. 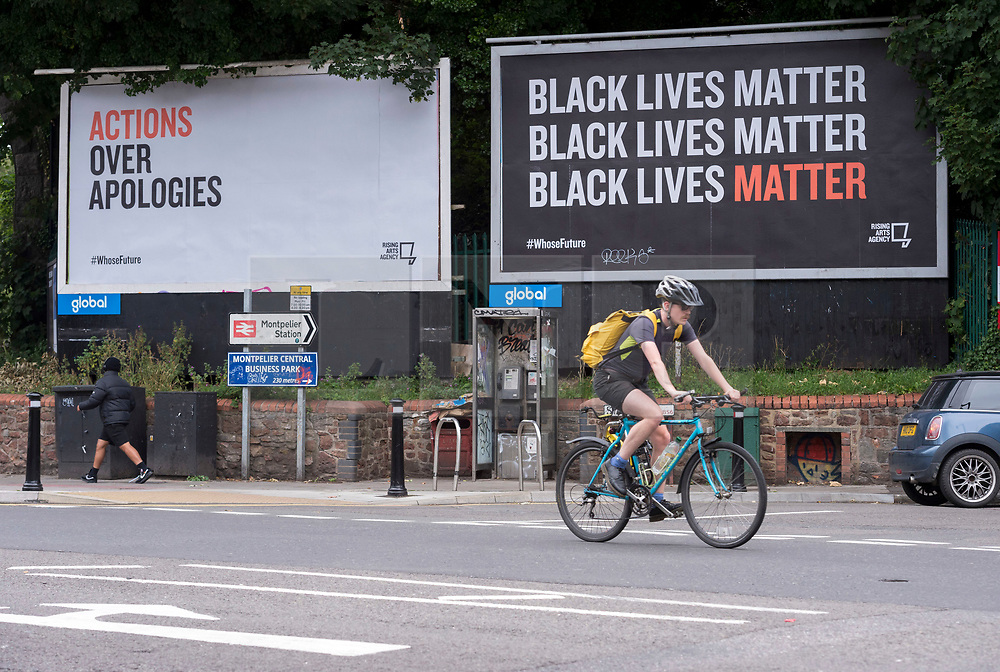