Licensed to London News Pictures. 23/10/2016. A Humvee utility vehicle, modified with extra armour by its former Islamic State owners, is seen on a street whilst it waits repairs by the Iraqi Army in the recently liberated town of Bartella, Iraq. 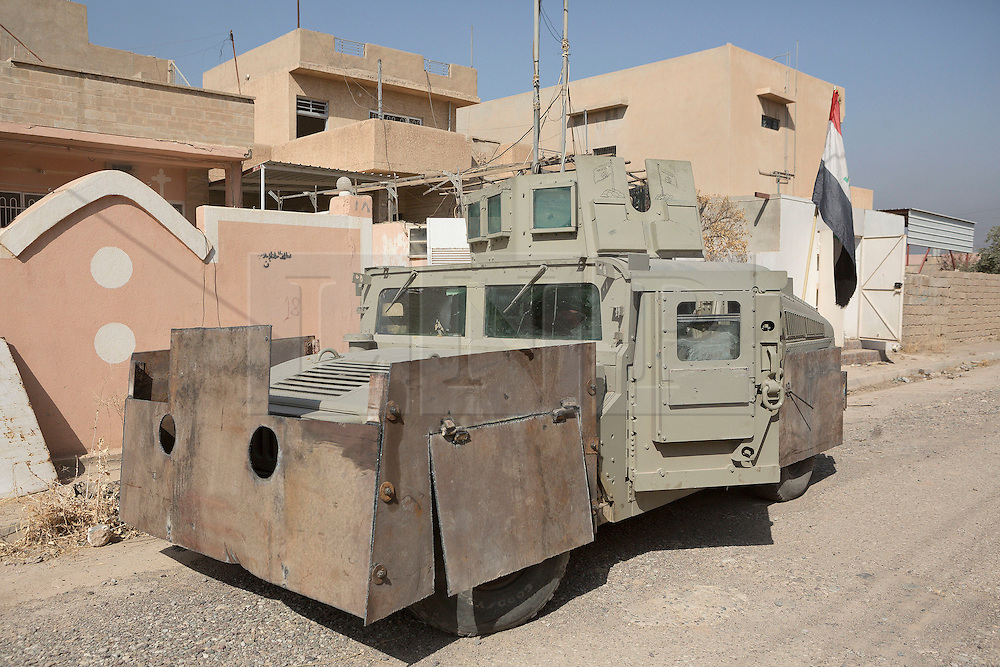