© Licensed to London News Pictures. 30/09/2015. Kirkuk, Iraq. Kurdish peshmerga are seen with an EOD armoured vehicle after the destruction of one of many IEDs around the village of Mansoria near Kirkuk, Iraq. 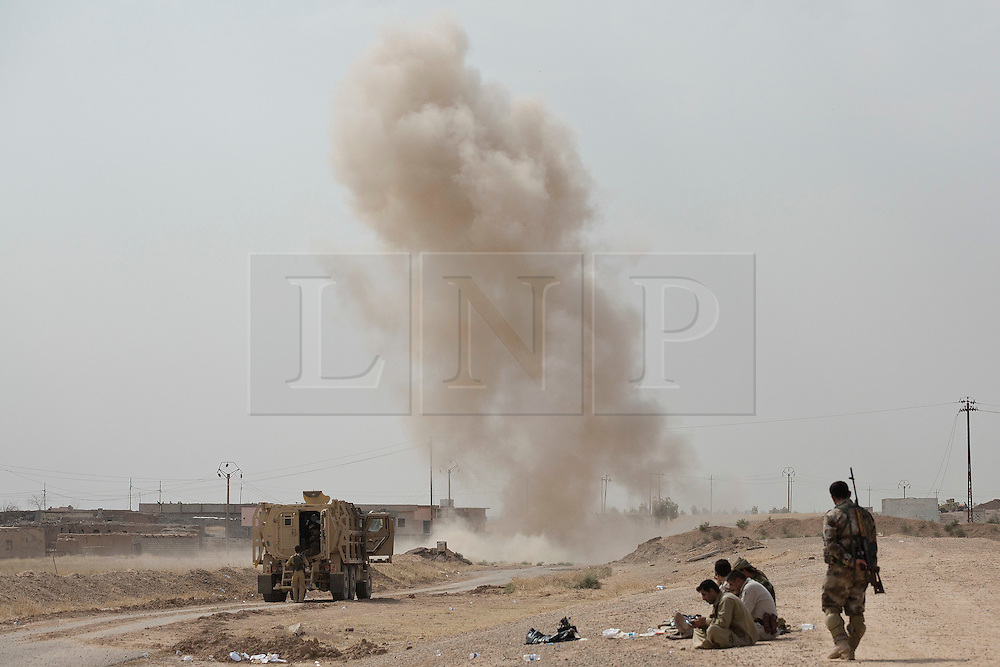