© Licensed to London News Pictures. 01/11/2017; Bristol, UK. Bristol campaigners condemn the Balfour Declaration from 1917 on its centenary in 2007, unveiling a critical caricature depicting the then Foreign Secretary Arthur Balfour in a butchers apron weilding a knife on Palestine. The slogan, in both English and Arabic, reads 'BALFOUR - A CENTURY OF INJUSTICE.' The Balfour Declaration was a public statement issued by the British government during World War I announcing support for the establishment of a "national home for the Jewish people" in Palestine, then an Ottoman region with a minority Jewish population. The declaration was step to the creation of the state of Israel. Thursday 2nd November is the centenary of the Balfour Declaration. Palestine campaigners and radical street-artists will join forces in Bristol on 02 November to exhibit the statement of street-art condemning Balfour. The caricature is three metres high and one & half metres wide. Picture credit : Simon Chapman/LNP 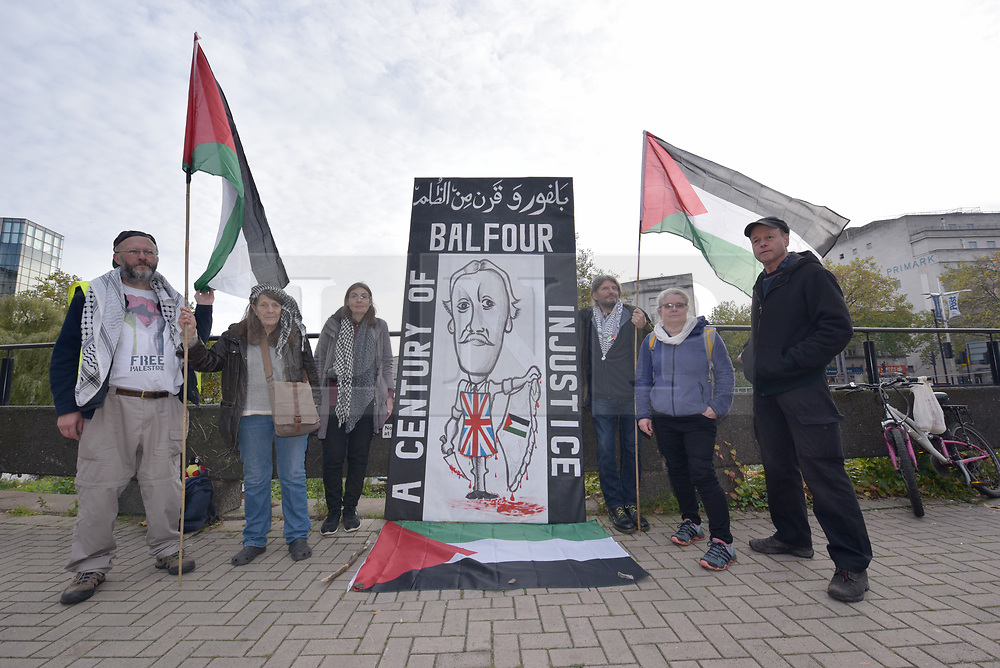