© Licensed to London News Pictures. 07/07/2015. London, UK. Survivor GILL HICKS (far right) with Family of those who lost their lives and survivors of the attack lay flower at the memorial during the service. A memorial service in Hyde Park London on the 10th anniversary of the 7/7 bombings in London. The event is attended by Prince William, survivors of the attack and family of those who lost their lives. Photo credit: Ben Cawthra/LNP 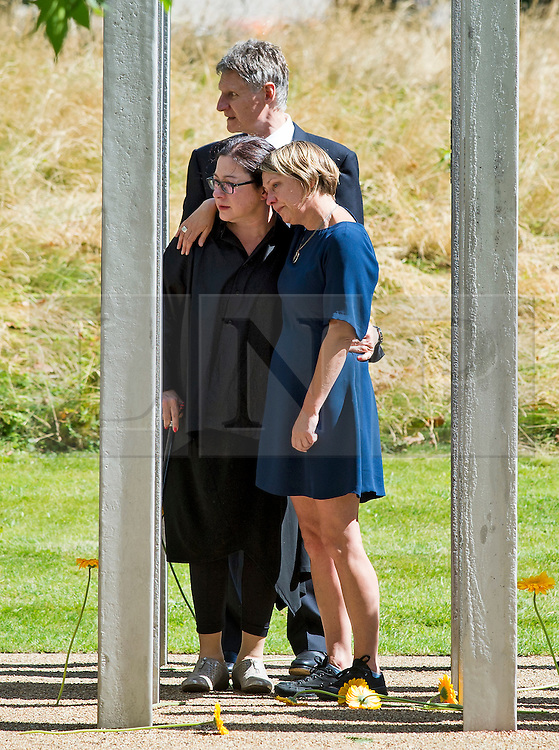