© Licensed to London News Pictures . 25/03/2017 . London , UK . Flowers left across the grass at Parliament Square in tribute to those killed in a terrorist attack . A Unite for Europe anti Brexit march through central London , from Park Lane to Westminster . Protesters are campaigning ahead of the British government triggering Article 50 of the Lisbon Treaty which will initiate Britain's withdrawal from the European Union . Photo credit : Joel Goodman/LNP 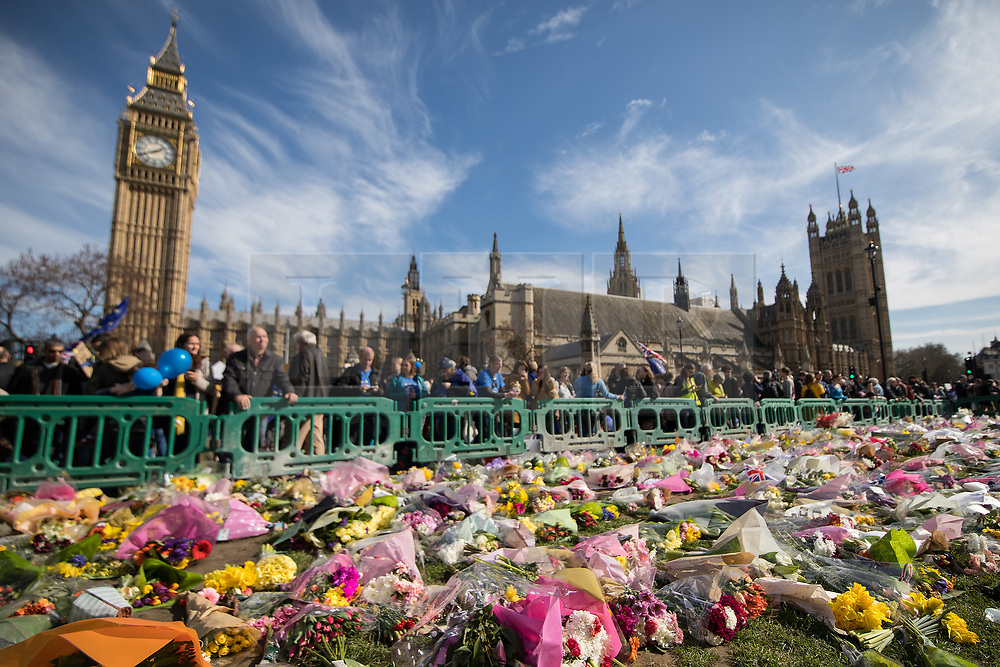