© Licensed to London News Pictures. 27/09/2017. York UK. Stone Mason Richard Bossons puts the finishing touches to the first collection of new grotesques to be carved for York Minster's 11 year project to conserve its South Quire Aisle have been installed today. The four carvings have been based on the Judgement of Solomon & include King Solomon, two women- one carrying a baby & a dragon holding a goose between it's teeth. The grotesques are being returned to a newly restored pinnacle, to replace four weathered carvings which are believed to date from the 1700s. Although badly eroded, the cathedral’s stonemasons could make out two women - one holding a bundle – a male figure and evidence of a winged beast with a bird between its teeth. Work on the South Quire Aisle, which dates from the 14th century, began at the start of 2016 and will involve an £11m investment over the next decade to repair and replace stone and glass in 15 window bays.Photo credit: Andrew McCaren/LNP 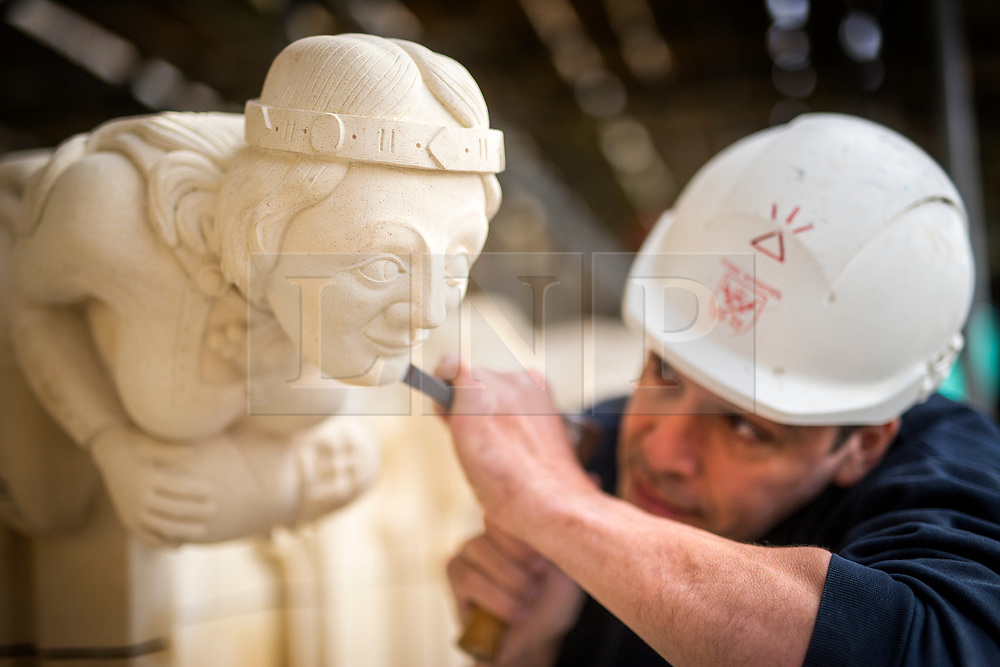