© Licensed to London News Pictures. 24/06/2015. Pilton, UK. Festival goers arrive at Glastonbury Festival 2015 Wednesday Day 1 of the festival. It is just after dawn and people have been travelling thoughout the night. These girls have just finished painting their nails bright colours. The pedestrian gates to the festival opened at 8am this morning, with many festival goers arriving and waiting throughout last night for the opening. This years headline acts include Kanye West, The Who and Florence and the Machine, the latter having been upgraded in the bill to replace original headline act Foo Fighters. Photo credit: Richard Isaac/LNP 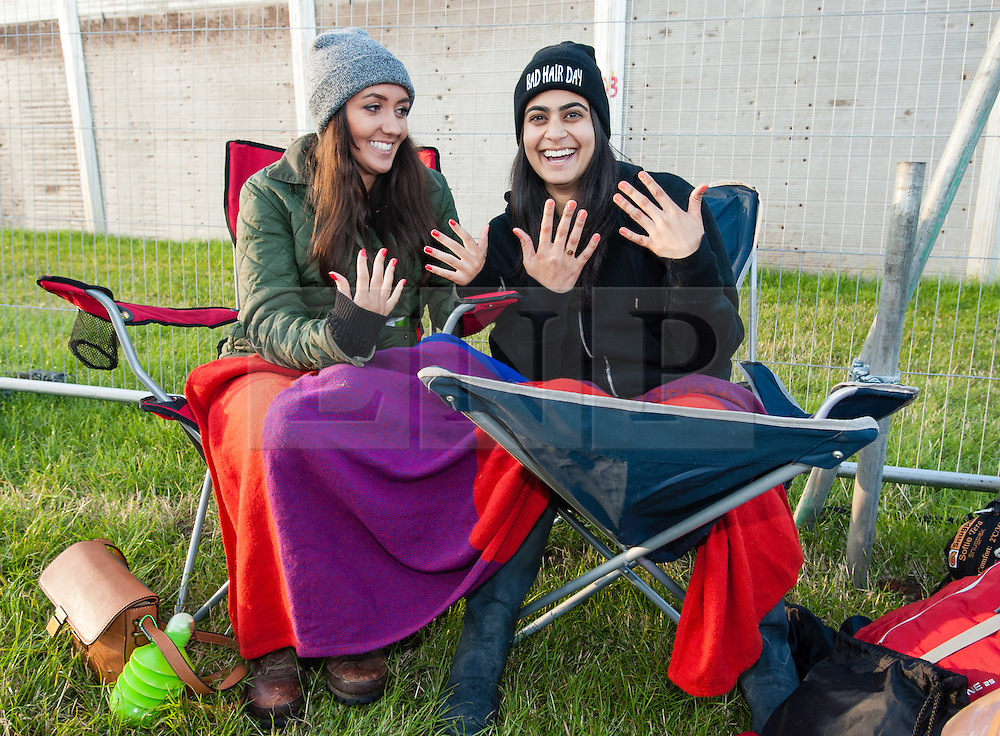