© Licensed to London News Pictures. 13/06/2017. London, UK. Newly elected LGBT MPs and LGBT Labour Lords hold a photocall outside the houses of Parliament in London to protest against the Conservative Party's plans to form an agreement with the DUP of Northern Ireland. Over the weekend British prime minister Theresa May formed a new cabinet and continues discussions with the DUP in an attempt to form a new government. Photo credit: Ben Cawthra/LNP 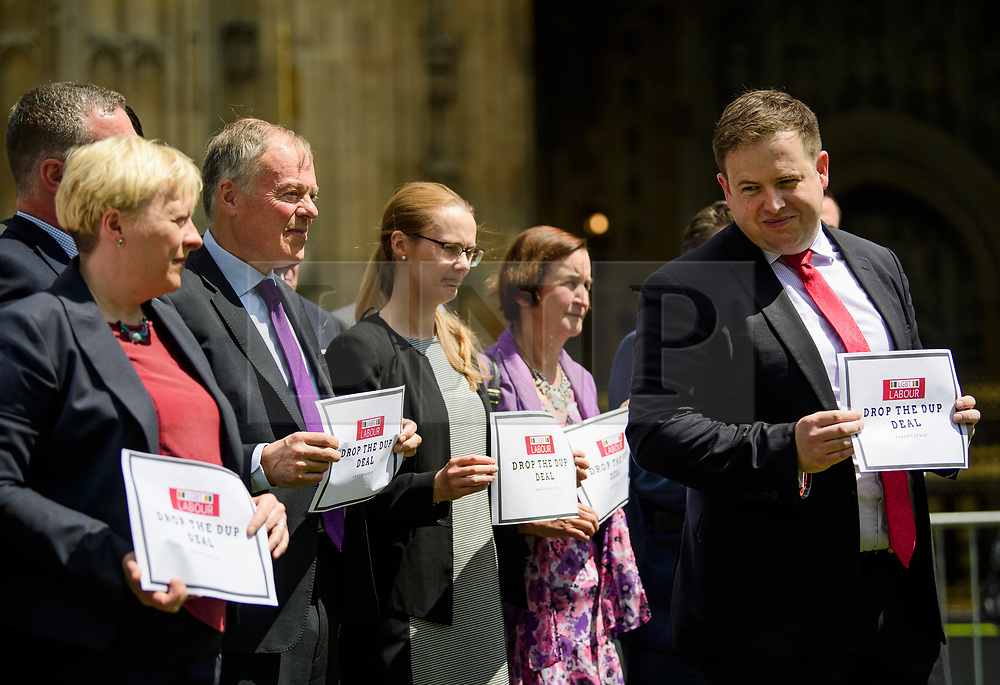