© Licensed to London News Pictures. 05/10/2018. London, UK. A visitor has their Swiss passport produced at the Tom Sachs art installation titled Swiss Passport Office. The 24h live performance Swiss Passport Office is on show at the Galerie Thaddaeus Ropac. Those wishing to purchase a passport will be photographed and have their name hand-typed onto a serial-numbered passport issue, stamped with a Studio endorsement and entered into the permanent database. Passports cost €20 (no British pounds will be accepted). Swiss Passport Office encompasses contemporary concerns relating to Brexit, Syria and Trump’s immigration policies and their challenge to the notion of global citizenship. “To effect change, we must first imagine the world not the way it is, but the way we want it to be,” Sachs says. Photo credit: Ray Tang/LNP 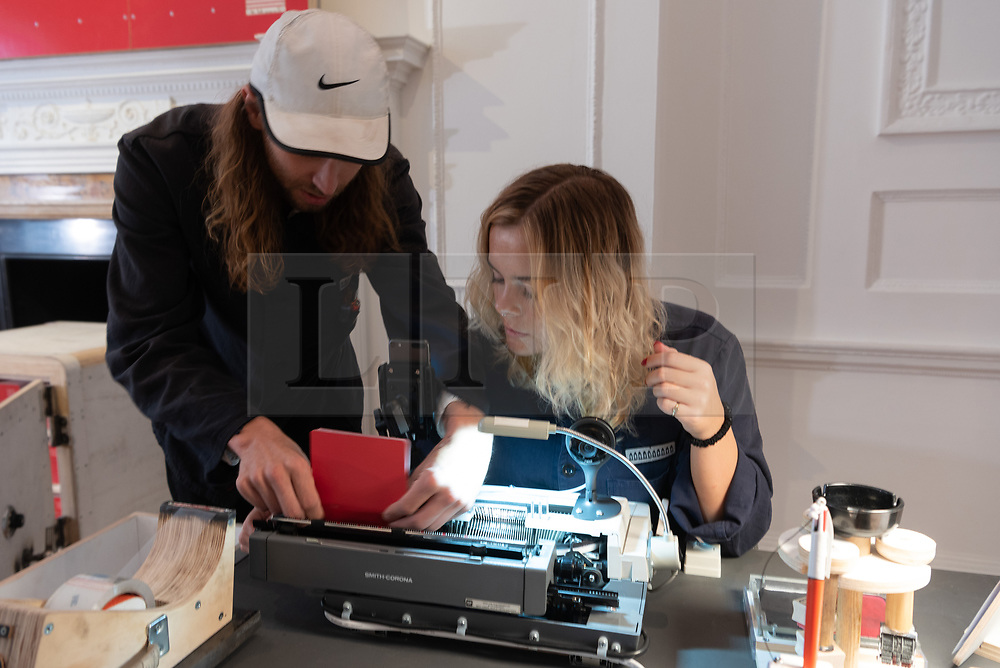