Turner and Constable paintings reunited at the Royal Academy

© Licensed to London News Pictures. 11/01/2019. LONDON, UK. Staff members view "The Opening of Waterloo Bridge ('Whitehall Stairs, June 18th, 1817')" by John Constable (L) and "Helvoetsluys", 1832, by J.M.W. Turner (R) which are exhibited at The Royal Academy of Arts in Piccadilly for the first time since the artists clashed at the Summer Exhibition in 1832. Turner allegedly added a small dab of red paint to his canvas, which he then converted into an image of a buoy floating in the sea. when he saw his painting next to Constable’s. The two works form “He has been here and fired a gun”: Turner, Constable and the Royal Academy, on display from 12 January to 31 March 2019. Photo credit: Stephen Chung/LNP 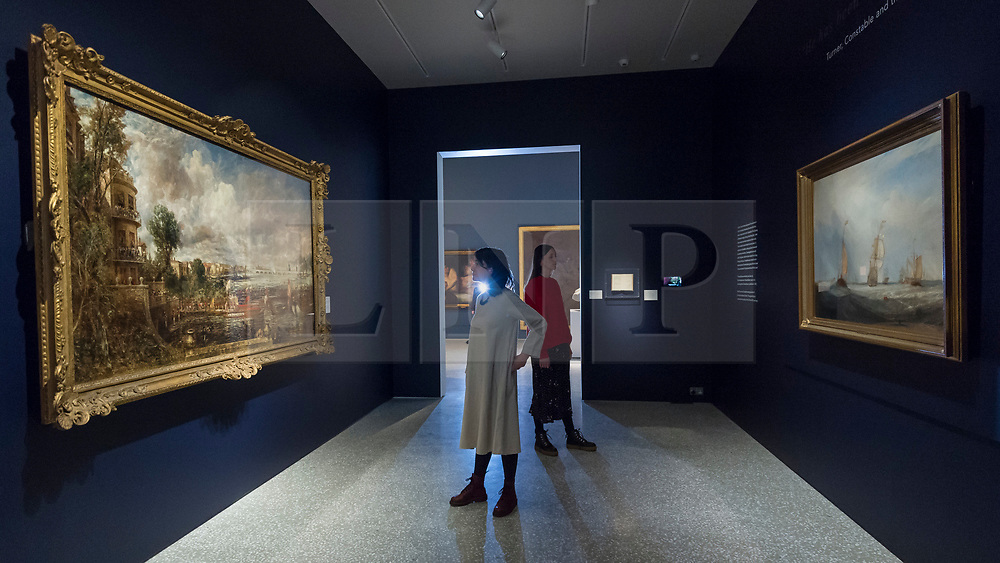