Licensed to London News Pictures. 13/02/2017. Mosul, Iraq. Blindfolded, a suspected ISIS and Ba'ath party (the party of former Iraqi president Saddam Hussein) supporter sits on the floor of an Iraqi National Security Service vehicle after his arrest in eastern Mosul. Items bearing the Ba'ath party emblem and an Islamic State certificate were found in the property. 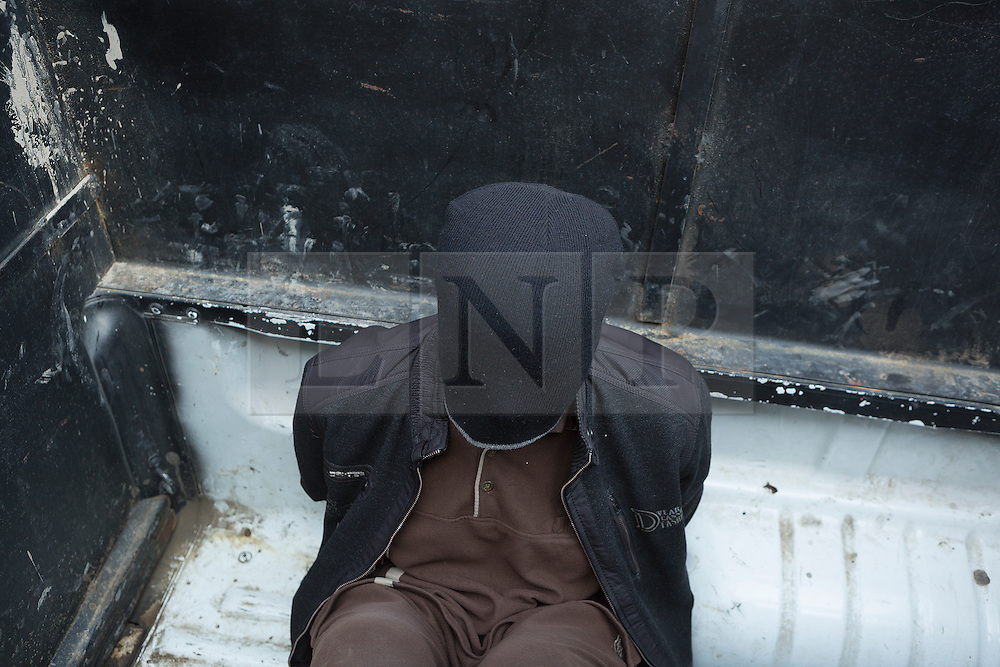