© Licensed to London News Pictures. 27/07/2019. Manchester, UK. A crowd of onlookers , including some gesturing with their fingers in an "O" shape - historically meaning OK and recently adopted by some to indicate white supremacy - gather to catch a glimpse of British Prime Minister Boris Johnson leaving the Science and Industry Museum after a speech in Manchester City Centre . Johnson was due to re-announce the HS3 rail link between Manchester and Leeds . Photo credit: Joel Goodman/LNP 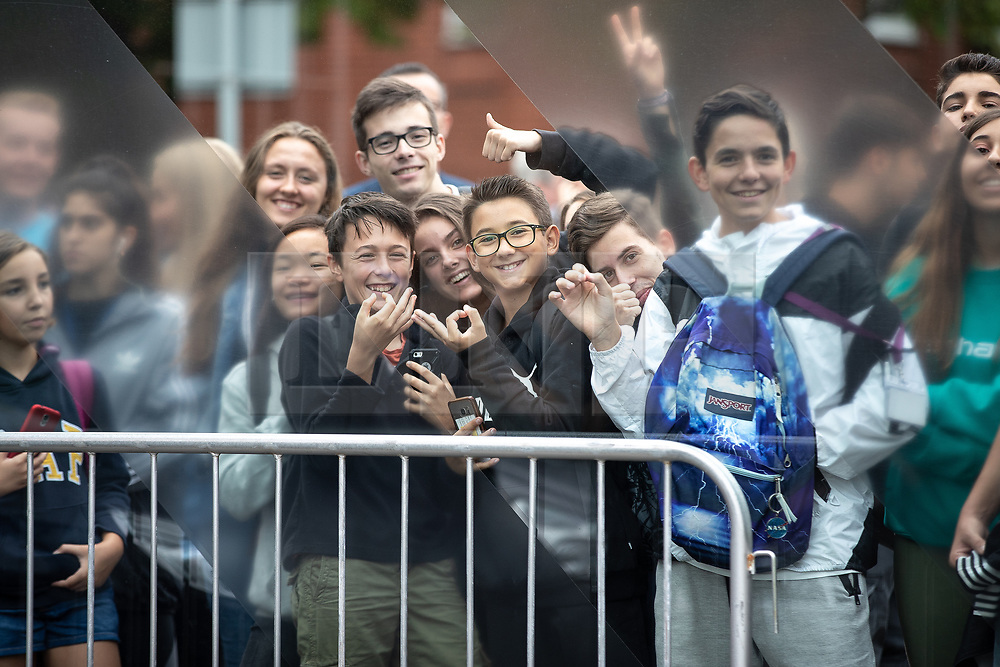