A man rests on the grass after marching to the Racecourse during the Durham Miners Gala. 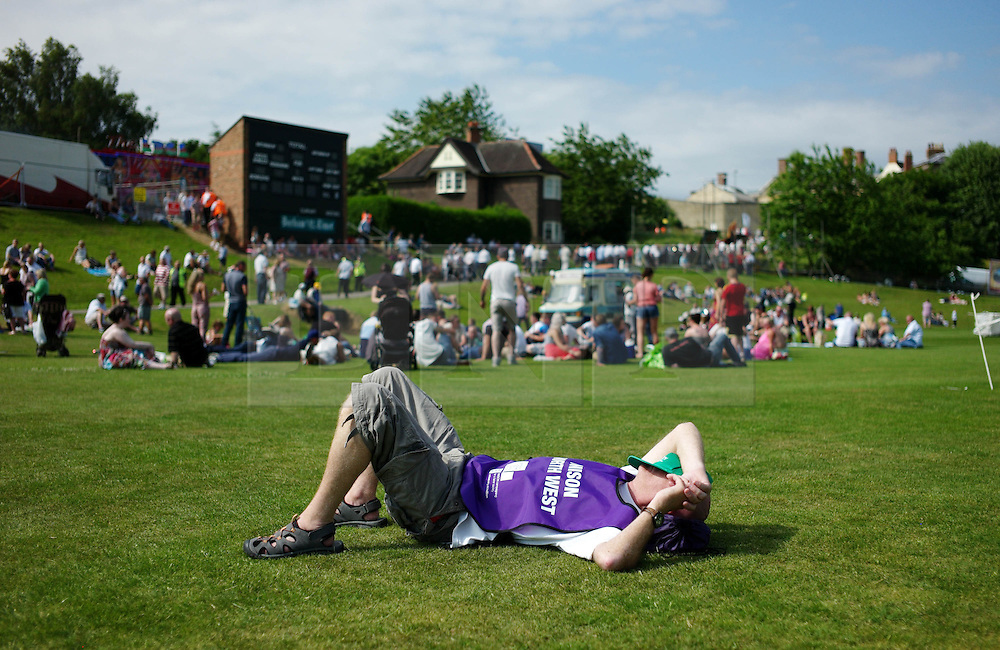