© Licensed to London News Pictures. 28/07/2015
Operation stack lorries between J8 and J9 for Ashford on the M20. Highspeed Javelin train in pic.
Operation stack is back on the M20 in Kent.
Just days after Operation Stack was taken off the M20, it was brought back in the early hours of this morning.
The authorities are blaming a heavy volume of traffic heading towards the Port of Dover and Eurotunnel and the continued disruption in Calais.
The coast-bound carriageway between junctions 8 and 9 is closed to allow lorries to park, but the slip roads at junctions 9, 10 and 12 and 13 have also been shut. 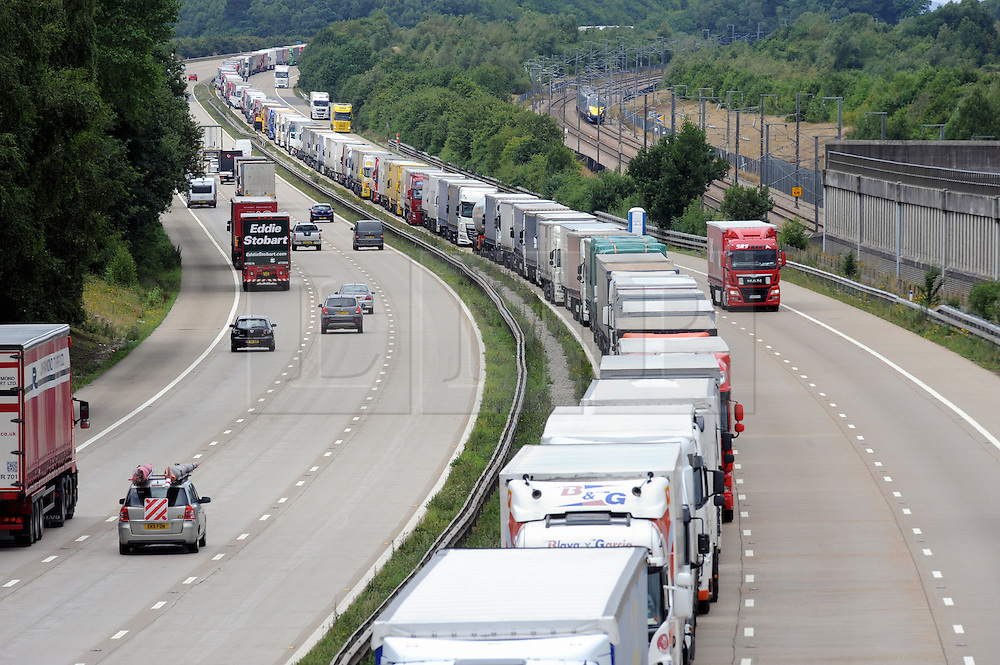