© Licensed to London News Pictures. 01/03/2012. Hounslow, UK. HRH Prince Charles, The Prince of Wales being given a demonstration in how to fire a paintball gun by Guardsman Robert Davies (right) of The Prince of Wales Guards after Presenting leeks to 1st Battalion The Welsh Guards at Cavalry Barracks, Hounslow, London on St David's Day, March 1st, 2012. Two-thirds of the Battalion's 600 soldiers are due to be deployed to Afghanistan in the next two weeks. Photo credit : Ben Cawthra/LNP 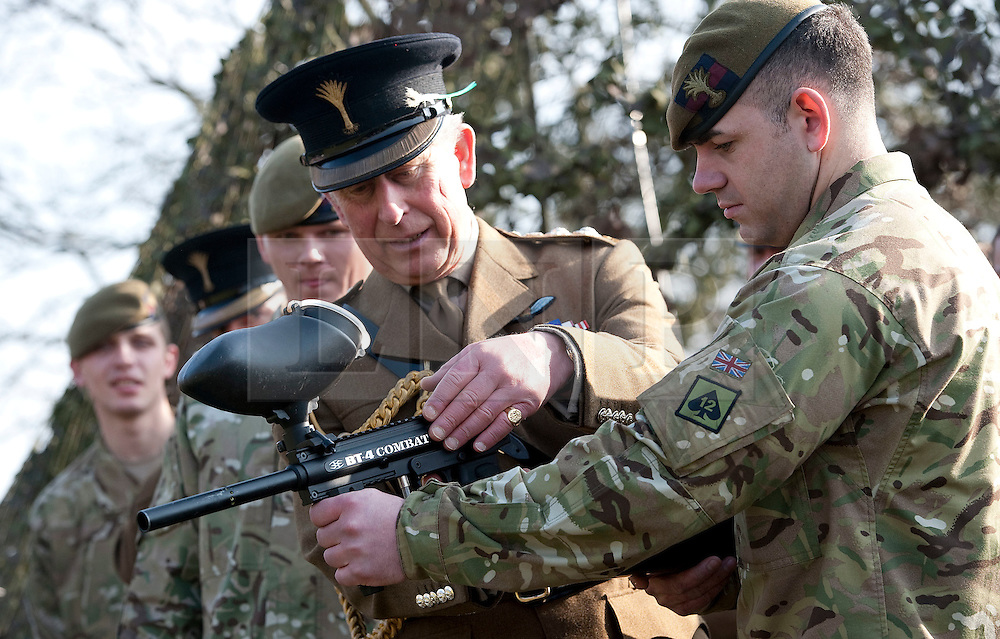