A colliery band marches through the centre of Durham. 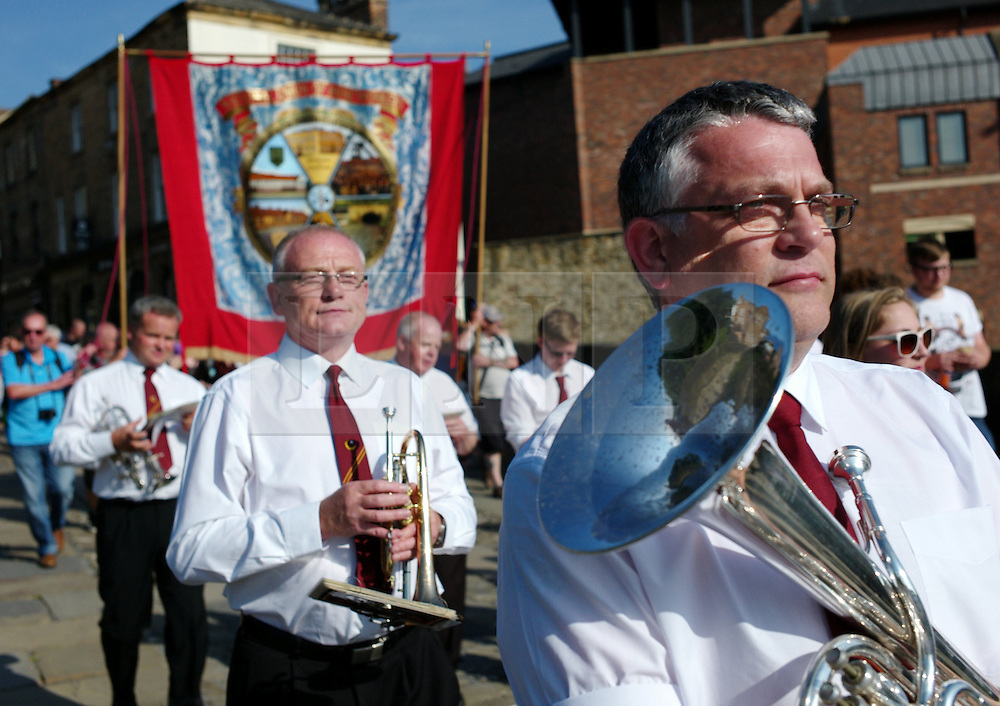