© Licensed to London News Pictures. 11/11/2015. Ripon, UK. Picture shows children being escorted out of the Outwood school. 27 children have been taken ill following a suspected gas leak at the Outwood academy school in Ripon. Two schoolchildren have been hospitalised after they suddenly collapsed at an academy in North Yorkshire today. Hazmat officers were called to Outwood Academy in Ripon after at least 27 pupils and one teacher were mysteriously taken ill at the same time.
Initial reports claimed that the source of the illness may have a gas leak in the local area.
Some of the children were treated at the scene by paramedics after falling ill around 11am, while an unknown number of others were taken to hospital. Photo credit: Andrew McCaren/LNP 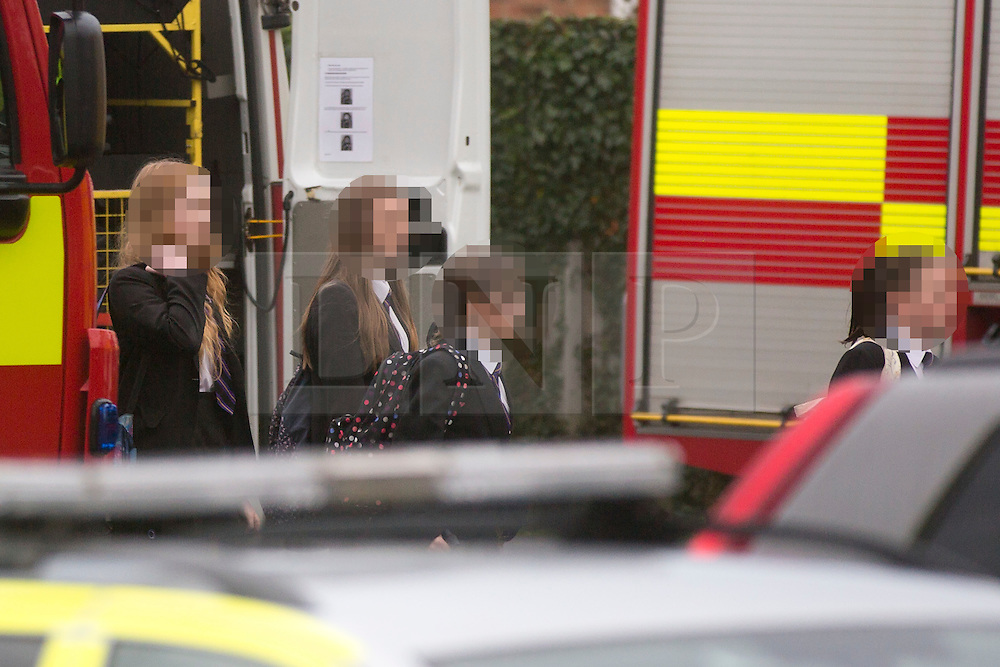