© Licensed to London News Pictures. 19/12/2012. London, UK. Margaret Aspinal (R) hugs a well-wisher outside outside the Royal Courts of Justice in London after the original accidental death ruling on the 1989 Hillsborough disaster was quashed by a judge today 19/12/12). The ruling on the disaster, in which 96 football fans were crushed to death during an FA Cup semi final between Liverpool and Nottingham Forest, opens the way for a new inquest. Photo credit: Matt Cetti-Roberts/LNP 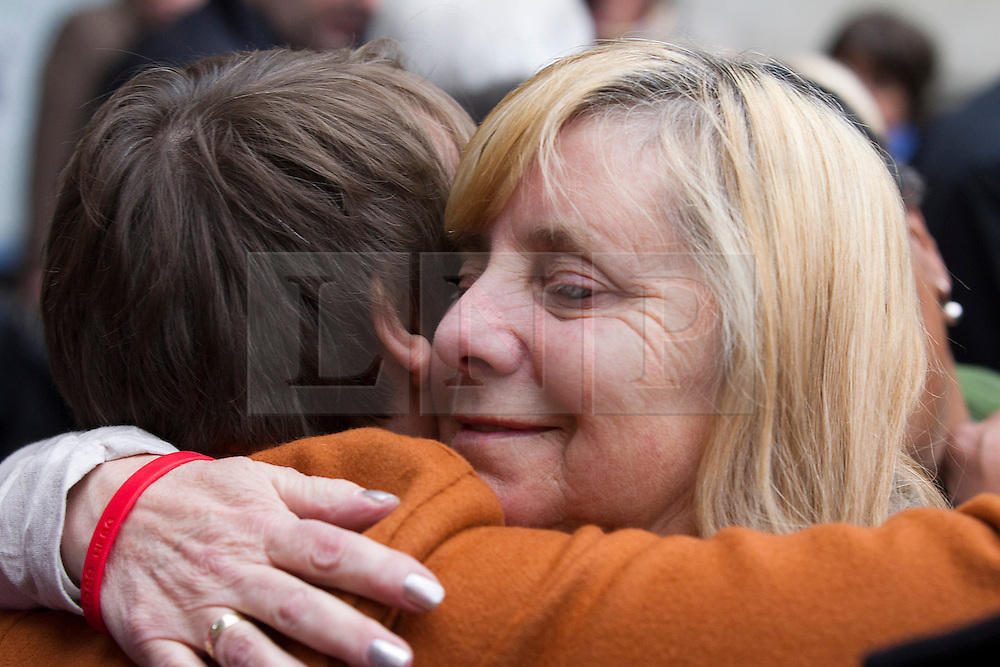