Pictured: The crime scene - The street outside Shah's Newsagents and Connivence store, The Shawlands Glasgow. 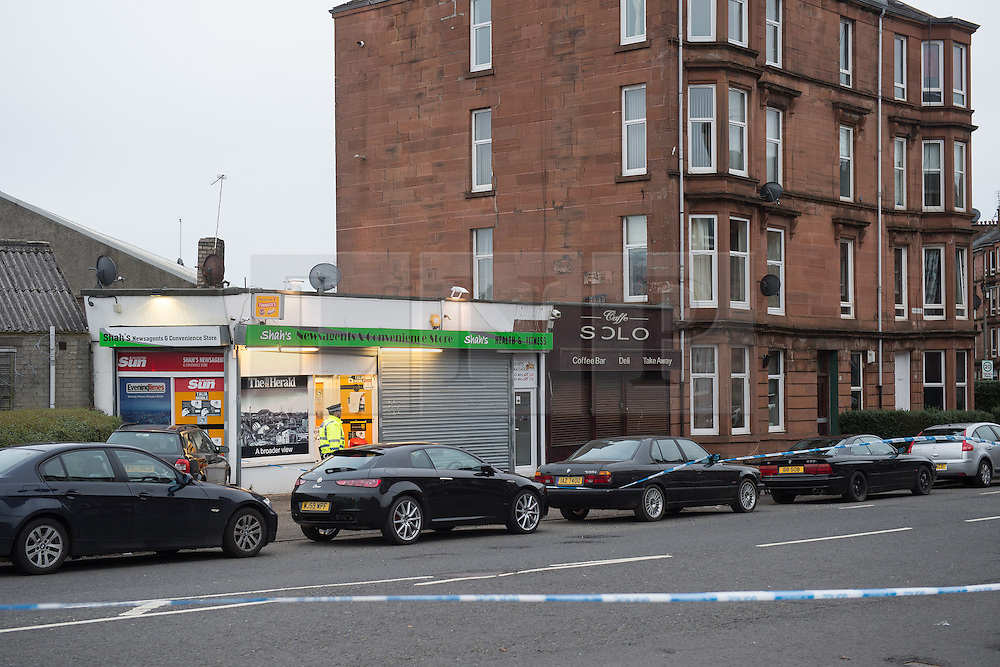